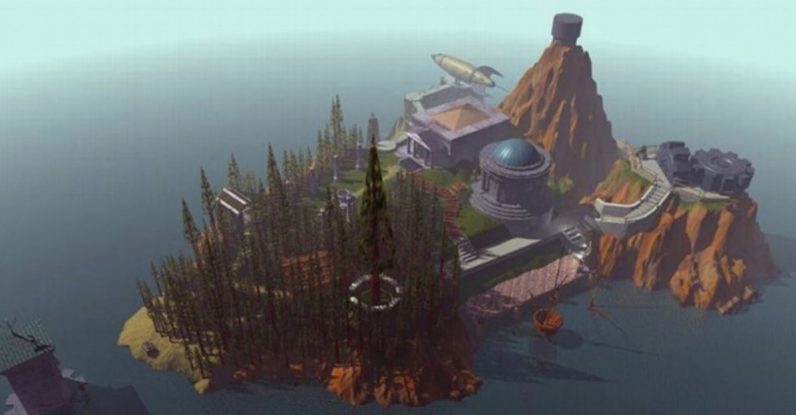 Remember when we heard that HBO was making a Last of Us show, and I speculated about what further video game shows we’d be seeing? What intellectual properties could be dredged from the depths of gaming’s history and polished up for a show? Apparently the entertainment industry decided it would very much like to adapt… Myst.

Yes, Myst, that bizarre first-person adventure game you might remember from the 90s. The game that reinvented and reinvigorated the adventure game genre. The game which is, if you trace the ancestry back far enough, at the root of just about every walking simulator game currently on the market. Why Myst? I guess the only reasonable response is “Why not Myst?” I kind of want to see what the heck they do with this series.

Read: The Last of Us Part II delayed thanks to the COVID-19 pandemic

According to a Deadline report, Village Roadshow has tapped Ashley Edward Miller, one of the writers behind Thor, The Sarah Connor Chronicles, and X-Men: First Class to pen a pilot episode. Myst co-creator Rand Miller will also be involved in the production. There are hints in the report we’ll be getting something other than just a TV show, as Deadline says the production will “rely on and expand upon the game’s existing mythology to develop a multi-platform universe that includes film, scripted and unscripted television content.”

I suspect, given the age of the Myst franchise, that this show has been kicking around in one form or another for years now. I wonder if perhaps the success of The Witcher is what gave the project a jolt, as it were. I can’t think of any other major change in the zeitgeist that would get so many video game-to-small screen adaptations greenlit within such a short span of time.

In fairness, Myst does have complex lore that’d make great fodder for a TV show. Heck, it’s spawned a whole series and was the best-selling PC game for almost a decade after its release. It also has a distinct visual aesthetic that most people who’ve played it can look at and say, “Oh yeah, that’s Myst.” If that iconic look and feel from the games carries over to the show, then call me shanghaied because I’m on board.

If you’re interested in getting caught up, you can find the complete Myst series on Steam and GOG, as well as Myst and its sequel Riven on iOS and Google Play.