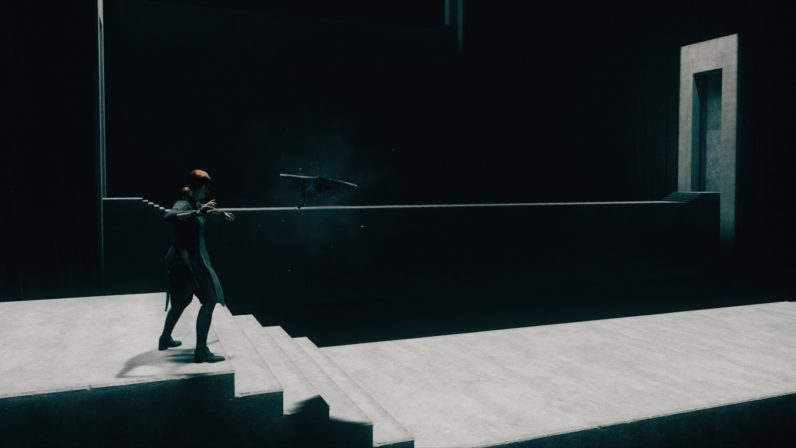 Control was far and away my favorite game of 2019: its eerie plot, incredible environment design, and deep gameplay had me playing it every spare moment I had when it came out. Now, Remedy Entertainment is exploring another part of the beautiful twisted universe it’s created in the form of The Foundation DLC — and it’s well worth your time, money, and sanity.

The Foundation is essentially the bedrock of the Oldest House, the building occupied by the Federal Bureau of Control. This area is a mix of expansive open spaces that make you feel like you’re on another planet, and cave networks that you have to navigate to access different parts of the Oldest House’s substructure. Something is causing the Astral Plane to bleed into the Foundation, and it’s up to Jesse Faden, the Bureau’s new director, to stop it before the building and the agency are swallowed up by this invasive force.

It’s really as mind-bending as it sounds. Even though Faden is now in charge of the whole operation at the Bureau and is far more powerful than when she started there, it’s hard to feel safe even for a moment in this unfamiliar territory.

There’s plenty to look forward to in this expansion, including a new ability called ‘Shape,’ which lets you conjure up large crystals from the ground and walls, or tear them down. This comes in handy when you’re traversing the Foundation’s varied environs and battling enemies. There’s plenty of exploring to do, as well as some puzzle solving to complete your missions.

The Foundation gives you more of what made the game great: the tense atmosphere, frenetic showdowns with an array of foes, and a confounding mystery to solve. It also shows that Remedy is more than capable of building on Control’s lore, and expanding its universe both in story and gameplay.

I’ve played through about half of The Foundation, and Remedy says the entire DLC should take you about four to five hours. I’d have loved to have finished it before writing this, but Control is hard, okay? There’s no difficulty setting, so wusses like me can’t just choose ‘Dead Easy’ and breeze through it. But you can bet I’m looking forward to diving right back in after work, so I can get to to the bottom of this curious case.

The Foundation is available today for PS4 and PC, and it’s coming to Xbox One on June 25. This expansion will set you back by $14.99; you can also purchase a DLC season pass for $24.99, which will net you both The Foundation and a second expansion called AWE that’s slated to arrive late this summer.

Oh, and if you want more Control, you can also tune into the game’s beautiful haunting soundtrack — composed by Petri Alanko and Martin Stig Andersen — on all streaming services by following this link.

Read next: Introducing Daily Distraction: Tech relief for you, a human in lockdown