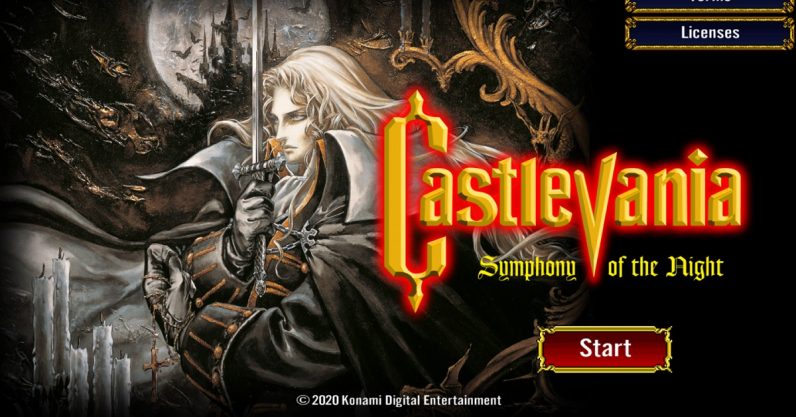 Miserable little pile of secrets, indeed. Konami just surprise-launched the classic side-scroller Castlevania: Symphony of the Night for mobile, meaning you can now own one of the best games ever for less than $3.

In honour of Castlevania Season 3 dropping on @netflix we have a little surprise for fans — #Castlevania Symphony of the Night is now available on mobile! #Retro

The mobile port features several features not present in the original title, including achievements and a continue feature. The game also supports bluetooth controllers — which is fortunate if you’re like me and despise touchscreen controls (seriously, the screen is small enough, I don’t need my thumbs covering up the visual real estate).

The whole Castlevania series is one of the most influential in gaming, but it was Symphony of the Night that brought the incomparable Koji Igarashi into the series as a writer. Just to give you some idea of how much Igarashi is still giving to the gaming industry, his Castlevania-ish Bloodstained: Ritual of the Night was my favorite platformer of 2019.

SotN itself has been remixed and rereleased several times in the past — I have it on my PlayStation Vita, for example. Prior to this, the most recent new port was the Castlevania Requiem bundle available for PS4 which included an upgraded SotN and Rondo of Blood. I’d give my bloodsucking canines for a Switch release, but I guess a smartphone port is just as good — providing, of course, they’ve adjusted the controls accordingly. The Verge pointed out this release appears to be based on the PS4 re-release, which would belie the app‘s description that says it’s a “direct port of the classic,” but who am I to quibble?

The release coincides with the release of the third season of the Castlevania anime, which releases on Netflix tomorrow. Not that it needs the hype — the series is pretty good, even if the first couple of episodes were a slog. But if Konami wanted to maybe raise a little more hype, there are roughly six hundred Castlevania games out there that could probably thrive on mobile. I’d buy a Castlevania collection if it had a few of the games that weren’t SotN on it.

Symphony of the Night can be found on the App Store and Google Play. In both places, it costs $2.99.

Read next: British Airways is testing self-driving wheelchairs at JFK and Heathrow