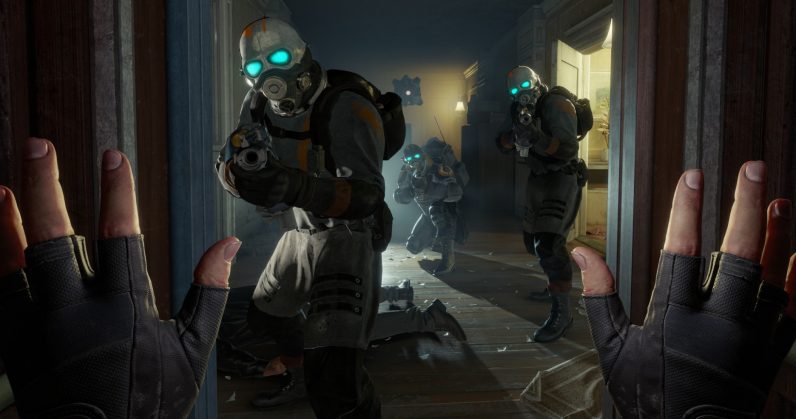 Gaming giant Valve is less than three weeks from releasing the highly anticipated VR game, Half-Life: Alyx. We’ve been hearing about this midquel in the company’s beloved franchise since last November, and we now have a much better idea of what it’ll be like to play it. You can watch an officially released gameplay clip below.

Half-Life: Alyx looks fantastic, from the detailed environments to the familiar pesky headcrabs. This VR title will feature plenty of interactive puzzle and combat elements, so you’ll be totally immersed in the experience as you step into young Alyx Vance’s shoes to help your father take on the alien Combine Empire that’s ravaging City 17.

Too bad I probably won’t play it myself. You see, Alyx costs $60 (discounted to $54 right now), requires you to have a compatible VR headset, and you’ll likely want a powerful PC to render high-fidelity graphics. As much as I’m intrigued by this title, I can’t really justify those costs right now, particularly when there isn’t yet a large universe of must-play VR titles.

That’s just me, though. As much as I love games and the Half-Life franchise, I find myself spending less time playing lately (I still haven’t logged into the copy of Red Dead Redemption 2 that a friend gifted me). Chalk it up to age, or just a really long phase of wanting to do other things in my spare time. But the truth is, I just don’t see myself doing all the necessary legwork to take on Alyx’s role myself.

I do, however, look forward to watching playthroughs of the title once skilled gamers get their hands on it. There’s enough lore in the Half-Life universe to keep fans engaged, even if you’re not actually handling the controls yourself.

And there’s plenty to be excited about. Apparently, this is the largest team that Valve has ever had working on a game, and that includes people who worked on previous Half-Life titles. It’ll also span some 20 hours of gameplay, and see the return of characters like G-Man and Vortigaunts — along with their respective voice actors from the original games.

You absolutely don’t need to join my sad camp of non-players when Alyx arrives. The title works with a wide range of VR headsets (including cheaper Windows Mixed Reality ones) and can be played as you like — sitting or standing.

While I know I’ll sit this one out at least around launch time, I’ll probably get into VR gaming at home at some point in the near future. Probably when there are many more compelling titles to choose from. Until then, I’m happy to just sit back and watch someone blast alien scum to bits from afar.

Update: If you’re like me and want to simply watch someone else play all of Half-Life: Alyx, you can now head to YouTube and enjoy this playthrough in five parts.