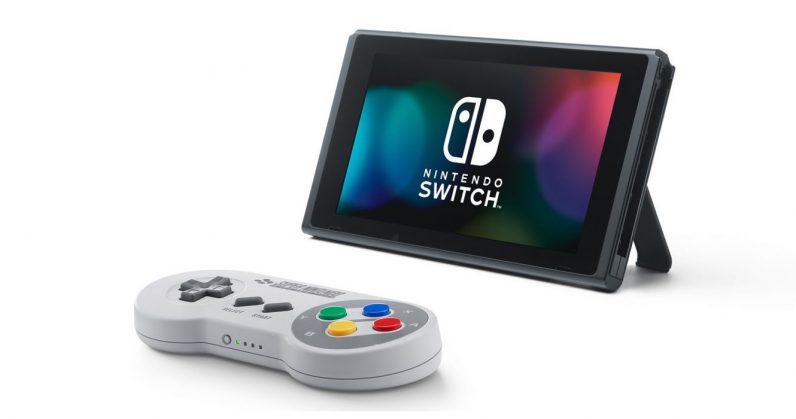 Nintendo definitively crushed my dreams this week, when it insisted, once and for all, that it is not releasing a new Switch model in 2020. This more or less debunks the longstanding rumor that a Switch Pro is on its way, and I’m fine, not salty about it at all.

In case you haven’t been party to the madness, there have been persistent rumors that Nintendo is working on a third Switch model. This hypothetical sibling to the Switch Classic and the Switch Lite was thought to be a “Switch Pro.” This would have been more of a souped-up model, with support for higher resolutions and a more powerful CPU.

[Read: The Nintendo Switch has probably outsold the Xbox One]

The rumor mostly arose from analyst predictions and reports about Nintendo‘s supply chain. It’s hard not to get excited about the idea, but there were perhaps signs it wasn’t meant to be — after all, the hypothetical Switch Pro would have been released very close to the PlayStation 5 and Xbox Series X. Considering a Pro model would be more of a direct competitor to those two, it seems like it would have been unlikely at best. Still, it wasn’t completely out of the question.

But it turns out that’s all for naught — and that comes direct from the mouth of Nintendo CEO Shuntaro Furukawa. During a corporate management policy briefing, Furukawa said:

Regarding Nintendo Switch, we believe that it is important to continue to communicate the appeal of both Nintendo Switch systems and expand the installed base. Please note that we have no plans to launch a new Nintendo Switch model during 2020.

So yeah, that’s that. I’ve been holding onto hope for a bit, if only because I want to see the Switch bury the competition like the Wii did back in the day. But it’s pretty clear Nintendo has no plans to do this for the foreseeable future.

Does this mean no more Switch models? Not necessarily, and I’m not sure Nintendo themselves even know for sure. It’ll probably depend on how well Switch sales do this year. But regardless, it looks like we’ll have to content ourselves with the two Switch models that already exist. Can you say “first-world problems”?

Still, Furukawa did offer a little consolation prize (wow, it’s almost like he knew a melancholy writer would be reading the briefing) by pointing out the absolutely darling Animal Crossing Switch, which will be coming out in conjunction with the new game in March.

A #NintendoSwitch system inspired by #AnimalCrossing: New Horizons is on the way! With unique Joy-Con controllers, a custom design on the back, and a special Nintendo Switch dock, it’s the perfect way to start your island life. Available 3/13 for $299.99.https://t.co/MC5dJ11F3U pic.twitter.com/VigTPi4NDB

Read next: Why Amazon's Ring and facial recognition technology are a clear and present danger to society