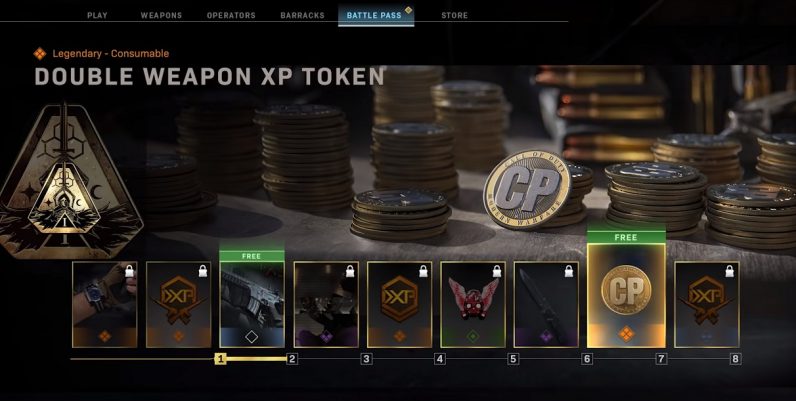 Call of Duty developer Infinity Ward recently announced it was extending Modern Warfare’s Season One until 11 February. This means players who’ve maxed out their Battle Pass unlocks or officer rank progression are stuck stalling at the top for another few weeks. But what about those who’ve barely scratched surface?

Officer progression and challenges are free. If you’re a completionist who hasn’t maxed out yet, this delay is good news for you. Especially if you purchased the Battle Pass and haven’t had time to unlock all its goodies.

But what if you hadn’t considered the Battle Pass until now? Will you have enough time to get any bang for your buck before Season Two starts?

Let’s take a look at the numbers. We’ve got 20 days, give or take, depending on what part of the planet you’re reading this from. And if you haven’t already purchased the Battle Pass and unlocked most of it, we’ll assume Modern Warfare isn’t your passion. Unless you’re about to take some time off to go on a three-week bender, you’ll probably put no more than three or four hours a day into the game, with a total of somewhere between 50 and 100 hours before the clock runs out in February.

The Battle Pass costs $10 and comes with 100 tiers of content. You can also purchase a bundle that automatically unlocks the first 20 tiers (so you can start on tier 21) for $24. Skipping any single tier costs $1.50.

The included content is mostly cosmetics, double-XP tokens, and Call of Duty Points. If all you care about is playing new maps and game modes, you don’t have to purchase anything. But for those of us who just want another carrot to keep things interesting, the initial investment yields enough Call of Duty Points to purchase the next Season’s Battle Pass with a bit of change left over — if you can squeeze all of the content out of it before the season ends.

I hadn’t considered the Battle Pass before because I don’t have a lot of time to invest in the game. But, having played sporadically since launch, I’ve managed to unlock quite a few items in the free Battle Pass tiers, and the $10 investment would retroactively unlock the paid tiers I skipped so…. I’m still not sure.

I’ll be lucky if I can sink 50 hours into the game and my experience has been that I can move up a tier in about an hour of multiplayer (I don’t play the co-op game mode, sorry). I’m not sure if the grind gets harder as you go, but the Double-XP tokens could make it worth my while.

Modern Warfare is an excellent game, and the decision to keep maps free makes the additional paid content easy to swallow for what it is: a fun little meta-game for hardcore players with disposable income. But that same $10 would pay for a month of Xbox Game Pass or most of a month’s subscription to Humble Bundle.

Who am I kidding, I’ll play more Modern Warfare over the next 20 days than anything on Game Pass right now. I’ll probably buy it. How about you?

Read next: See how hard you gamed in the last ten years with MyDecadeOnXbox