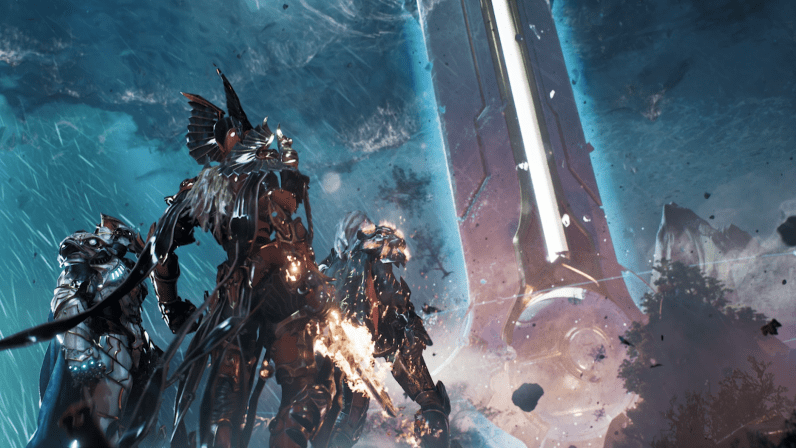 At Game Awards last December, we caught a glimpse of Godfall, the very first game announced for PlayStation 5. Now, a leaked trailer is giving us yet another gander at the action role-playing game, albeit at a slightly lower frame rate.

Excuse my archaic game references, but Godfall reminds me of a blend between Legacy of Kain and God of War. If that means nothing to you younguns, TechRadar calls it a “hack-and-slash Destiny.”

“No, none of those mean anything to me.” Whatever, see for yourself and draw your own similes:

[Godfall] [Video] – Full Internal Early 2019 Teaser. Metacritic Journos Scores are a Joke, No this Teaser does not Represent the End Quality. Remember "Get woke go broke" from PS4

I know, it’s a pretty loaded title for a Reddit thread, but we don’t want to get risk getting DMCA’ed, so there’s that.

For what it’s worth, the leaked footage purportedly dates back to early 2019, and lacks the finished look you can expect from the actual game, which is slated to launch in late 2020.

[Read: Check out how many hours you wasted gaming with PlayStation’s 2019 Wrap-Up]

As I already mentioned, today’s leak is hardly the only footage we’ve seen from Godfall. California-based developer Counterplay Games dropped a teaser on Twitter back in December. Check it out below:

In the meantime, do you think Godfall will make it into your PlayStation Wrap-Up 2020 (you know you love sharing those)?