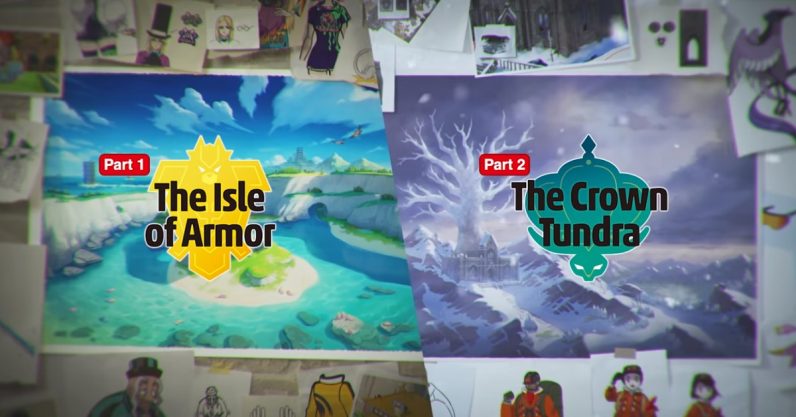 Nintendo revealed during a special Direct today that Pokémon Sword & Shield is going to get even bigger. Developer Game Freak is releasing two major story expansions, each of which will come complete with new and returning monsters, along with free updates. It’s kind of a big deal.

The two expansions are Isle of Armor and Crown Tundra. The former offers new clothes, rivals, and a dojo with a mentor called Mustard. The latter has a new form of co-op gameplay that I presume we’ll hear more about as the release date draws nearer. Between the two expansions, we’ll see the return of 200 Pokémon, as well as some new faces (even a few new Legendaries, so I’ve heard). Here’s a description from the eShop page:

The Isle of Armor is full of different landscapes, including beaches, bogs, forests, and more. Here you’ll become the student of a former champion and train alongside the new Legendary Pokémon Kubfu. While this area is focused on growing as a trainer, The Crown Tundra is all about exploring uncharted territory! Traverse The Crown Tundra’s blizzard-swept expanse and the depths of Pokémon Dens as you unravel the mystery of the Legendary Pokémon Calyrex.

That’s frankly astounding. Usually an update this large requires either an updated re-release or a whole new Pokémon game. Man, the comparisons to Monster Hunter just keep popping up in my head (or that might just be that Crown Tundra is making me think of Monster Hunter World‘s new Iceborne expansion).

I’m sure the fact that these expansions add older Pokémon to the roster was planned in advance, but it still feels designed to placate fans. The missing National Dex was such a scandal that, yes, there was a White House petition asking for the game to be removed from stores. As far as I know that never went anywhere, but that was merely the extremely hyperbolic expression of a general discontent over the missing Pokémon. Now at least some of those monsters will be returning, so you’ll be able to catch most of ’em all.

Still, that begs the question of whether they were cut specifically to have something enticing for the expansion. But perhaps that can of worms is best left untouched for the present moment. Besides, both expansions will come with free updates that allow players who haven’t bought the expansions to still obtain the new (and old) Pokémon, presumably via trading if nothing else.

According to Kotaku, Isle of Armor will be available in June, with Crown Tundra following in the fall. Both are currently available for pre-order in the Nintendo eShop.