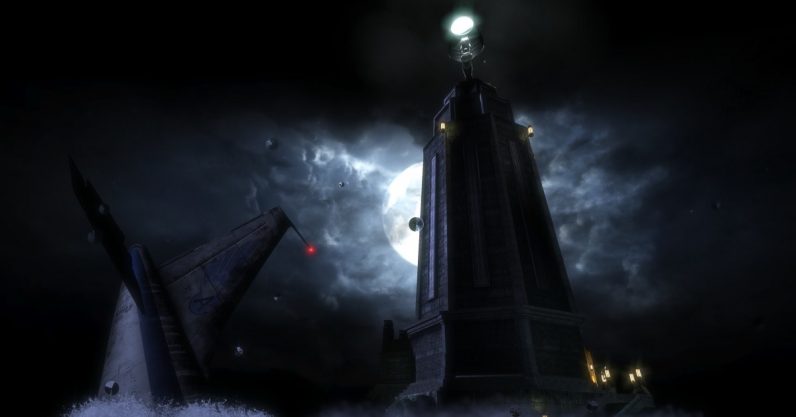 Yes, the rumors are true: 2K Games is working on yet another entry in the BioShock series. Come on, you knew 2K Games wasn’t about to let one of its most acclaimed franchises stagnate forever.

Today, 2K announced the founding of Cloud Chamber, its newest development studio. This team of storytellers has begun work on the next iteration of the acclaimed @BioShock franchise, which will be in development for the next several years.

The original BioShock is one of those games that, if you’re a gamer of a certain age, was very likely to stick with you. Most of us remember the exact moment we first saw the underwater city of Rapture, or when the game’s signature story twist hit us. It’s been six years since the last game in the series, BioShock Infinite, which moved the series setting to the cloud city of Columbia. So where could we go from there?

2K today revealed it’d formed a new studio, called Cloud Chamber, and that it’d take the lead on fresh BioShock development. There aren’t many announcements to make about the game at the moment, apart from the fact that it’s on Cloud Chamber’s drawing board. Gamesradar interviewed Kelley Gilmore, formerly of Firaxis and the head of Cloud Chamber, who only said, “There are many creative directions to explore, but you’ll have to wait a bit longer to see where we go next.”

Considering the series has already gone over the clouds and under the sea, it’s hard to imagine where else the devs could take it. That’s not to say I’m not excited to find out, but the BioShock series has always thrived by making its location the focal point, almost to the extreme of making it a character. I want to see more of that.

It is a bit of a disappointment that Ken Levine, the game’s original creator, won’t have a hand in this game — though not a surprise. Levine has spoken candidly about having no interest in another BioShock game, as the making of Infinite left him exhausted. He’s currently working on his own projects with Ghost Story Games, a studio he founded along with several other former BioShock developers.

Two out of the three existing BioShock games have been critical successes, and even BioShock 2 wasn’t a slouch. I think it’s very telling that, when asked about why 2K decided to make a new BioShock, Gilmore pointed out what a good seller the franchise has been up to this point:

It’s been awhile since the last release, but BioShock is still one of the most popular, critically praised and highest-rated franchises of the last console generation. The franchise has a lifetime sell-in of over 34 million units, and Cloud Chamber is honored and excited to create the next great game in the series.

Either way, it’s going to be a while before we see the new BioShock. 2K said in its announcement that the game will be in development over “the next several years.” That means there’s plenty of time to get your ideas in. Where do you think the series should go next, philosophically or physically? Tag me in any and all Twitter debates.

Read next: You can finally buy the Mac Pro on December 10