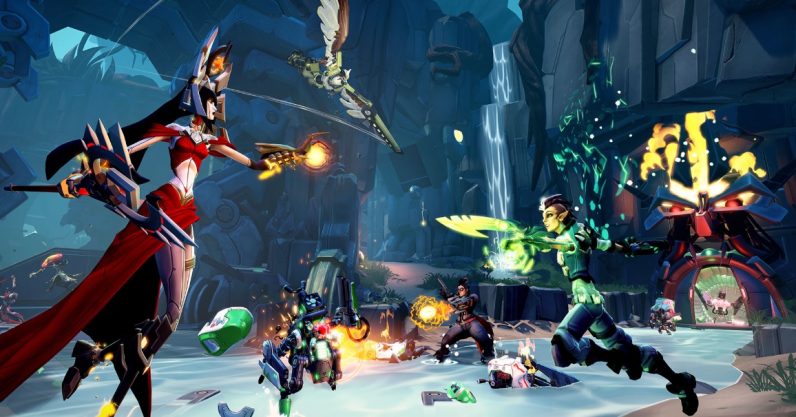 The end of an era — albeit not a particularly eventful era: 2K Games today revealed it was starting to sunset its first-person hero shooter Battleborn. The game will officially go offline in 2021, but the features will start disappearing as early as this coming February.

The developers revealed the news on the official Battleborn Twitter, saying that the game will become unplayable on January 2021. Once that happens, it won’t be playable in anyway — no single-player, no nothing. On February 24, 2020, players won’t be able to purchase Platinum, the premium virtual currency, though they can still grind for it in-game.

[1/3] Today we have begun the process of gradually sunsetting Battleborn. Starting February 24, 2020, you will no longer be able to purchase virtual currency for use in the game.

Poor old Battleborn. Had Gearbox released this hero-based FPS any time other than when it did — or rather, had it be released before we ever heard of Blizzard’s Overwatch — it might have cleaned house. But it wasn’t and it didn’t. Randy Pitchford, president of developer Gearbox, said in an interview that the game was decently successful at launch and only suffered by comparison (to be clear, the game was already in development when Blizzard revealed Overwatch, which’d previously been an MMO called Titan).

That said, Destructoid reported that player count at the first anniversary, the player count would dip into the double digits. Despite going free-to-play a year after it debuted, it never quite picked up any steam, and its death will probably not engender any stronger reaction than a bemused “It was still alive?” from most gamers. It felt like a figurehead for the legions of games that have choked not out of any particular flaw of their own, but simply debuted at the wrong time.

For example, there are lots of battle royale games that attempted to capitalize on the trend started by PUBG back in the day. Unfortunately they were buried when Fortnite added a battle royale mode that promptly buried all competitors — including, ironically, PUBG. It’s not anyone’s fault, not even Fortnite‘s. It’s just the dog-eat-dog world of competitive multiplayer. You see something similar played out on a macro scale almost every year with Call of Duty vs Battlefield — while those are usually on a more even playing field, most gamers usually only have enough attention to spare for one at any given time.

So if you’ve got a burning desire to see what Battleborn was like, might as well get started now. Other than the Platinum, the game will be fully accessible until the servers shut down in January 2021. It’s already been removed from the Microsoft Store and the

[3/3] We’re extremely proud of the work that went into the game, and want to extend our deep appreciation to all the fans for their support. We’ll continue to provide updates on the sunsetting of the title when appropriate.