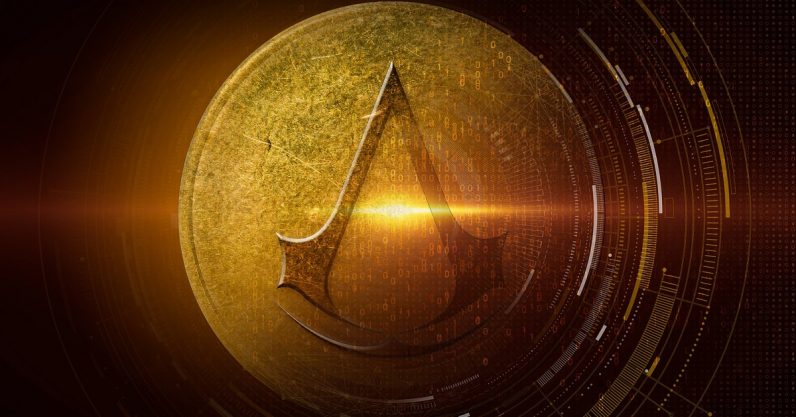 The battle between Assassin and Templar continues ⚔

According to SyFy Wire, the story is set, as almost all AC stories are, partially in the modern day and partially in the historical setting du jour — in this case, the Great Recoinage of 1696. The main character is a young Assassin named Aliyah Kahn, who relives the life of an ancestor named Omar Khalid. The big historical figure to make an appearance is Isaac Newton — yes, THAT Isaac Newton, who was head of the British Royal Mint at the time.

Note that this isn’t an audiobook, like you might be expecting from Audible. It’s instead an “audio drama,” meaning the story will be acted out, a la radio serials. The actors involved include Riz Ahmed, Anthony Head, and Tamara Lawrance.

The choice of an audio drama might come as a surprise, but if you didn’t already know, Ubisoft has created a multimedia cottage industry out of the AC series. In addition to that 2016 movie you might have heard about, it’s released mobile games, comic books, and a series of young adult novels, all under the Assassin’s Creed banner. Aymar Azaizia, head of Ubisoft’s transmedia, says of Gold, “As an entertainment company, we are always looking after new ways to immerse players into our worlds, and we strongly believe Assassin’s Creed Gold offers a great opportunity for all our fans to dive into a new storyline inspired by Assassin’s Creed franchise.”

Basically, whenever Ubisoft wants to do something new or weird, it usually taps the Assassin’s Creed series to be its guinea pig. The sole exception so far was the company’s prefab college course about making video games, which involved the For Honor universe.

The latest game in the series — Odyssey, which you might remember I liked but didn’t love — doesn’t make mention of either the Assassins or the Templars (in fact, it’s set before either group existed). So it’s nice to see the company get back to its roots — some good, old-fashioned historical beef retrofitted to include the Templars and Assassins.

Well, if you’re anything like me, then you have some Audible credits just laying around, waiting to be spent. And for all my bluster, I’ve been invested in the story of Assassin’s Creed for over a decade now (yes, I’m old). So I have to at least see what it’s all about.

The series launches on February 27. We’ve contacted Ubisoft to find out if it’ll be released all at once or episodically.