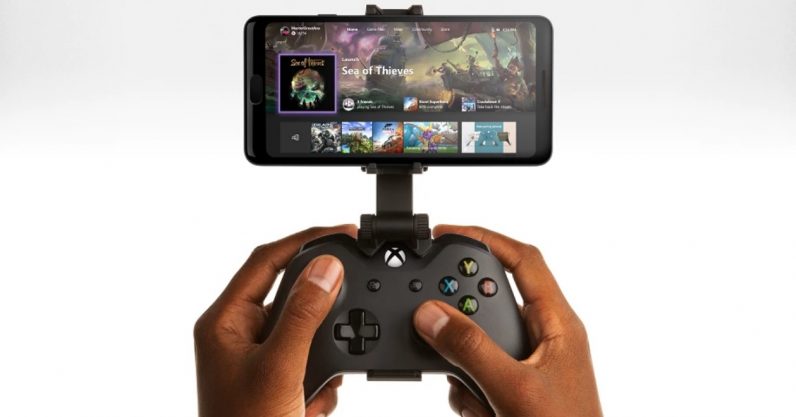 Microsoft today rolled the first preview of its Xbox Console streaming feature, meaning you can stream games from your Xbox One to your Android device — provided you’re in a very specific group of people.

“Preview,” in this case, means its not going to be available to everyone. You must live in the US or UK and be an Xbox Insider in the Alpha and Alpha Skip-Ahead rings (wow, that kind of makes it sound like a cult). You also must own a device running Android 6.0 or higher and a Bluetooth-capable Xbox One controller. They also recommend using one of those phone-holding controller clips, though that could be because Microsoft is personally selling them.

But if you have all those things, you can now test the local streaming capabilities of your Xbox. To do this, download the Xbox Game Streaming app on your console, which will run a test to make sure your network connection is strong enough. Then you’re off to the races. Microsoft recommends an upstream bandwidth of “At least 4.75 Mbps required, 9 Mbps preferred.”

Jonathan Hildebrandt, the Principal Program Manager, said in the announcement, “This preview is an important step in our journey to deliver game streaming to Xbox players around the world. We’ll work closely with you and the Insider community to gather feedback that will shape and define future iterations of Xbox Console Streaming.”

Note that this isn’t the same thing as Project xCloud, Microsoft’s entry in the cloud gaming race. That service allows you to stream games from a cloud server (hence the term) to your devices. Xbox Console Streaming allows you to stream something from your personal Xbox. I’ll go out on a limb a bit and hope that that means less chance for latency issues, but who knows for sure?

Hildebrandt encourages users to test streaming with as many different Xbox One games as possible — this is basically a test, so it makes sense — but adds that Xbox 360 and original Xbox games aren’t supported at the moment.

Read next: At just $700, LG's G8X is the cheapest high-end folding phone by far