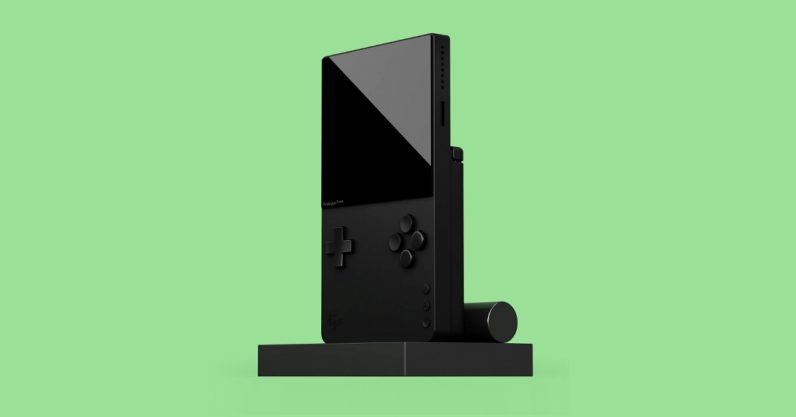 Retro gaming hardware firm Analogue is making a handheld capable of playing Game Boy cartridges just in time for the original console’s 30th birthday. And heck, it’s pretty and I want one in my hands yesterday.

Analogue’s Pocket is a sleek rectangle that looks like the love child of an iPhone 5 and an Xperia Play. It’s got a very similar button layout to the original Game Boy, but with a 3.5″ LTPS LCD screen. According to Analogue, the 1600×1440 resolution is 10x the resolution of the original handheld. I might have to flagellate myself for saying this, but it’s a great deal sexier, as it were, than my Game Boy. I just want to stare into its black void of a screen and quietly salivate.

Note this isn’t an emulation machine, like some retro console throwbacks are. The Pocket is designed to play physical cartridges. Its slot fits Game Boy cartridges — original, Color, and Advance. It’s also compatible with Game Gear, Atari Lynx, and Neo Geo cartridges via adapters. This sets it apart from the likes of the SNES Classic or the Neo Geo Mini. With the Pocket, you can actually use those game cartridges that have been sitting in the back of a drawer or stored with your old handhelds.

And here’s the kicker: like the Switch, the Pocket can be connected to a TV via a dock. So you could potentially play all of your old-school Game Boy games on your HDTV. I’m not exactly sure how those games, made for such a small screen, would scale up to the size of my 4K TV, but it’s still something I want to see. Once it’s hooked up, the Pocket can be controlled via Bluetooth controllers — Analogue recommends those from popular third-party company 8bitdo. Wired USB controllers will also work.

Also, if you’re into music, the Pocket apparently has a built-in synth/sequencer called Nanoloop. So if you want to make music on a gaming handheld, here’s your curiously specific machine. Hey, I’m not judging.

The device is set for release some time in 2020 and will cost $199. The dock will be sold separately for an as-yet-undetermined price.