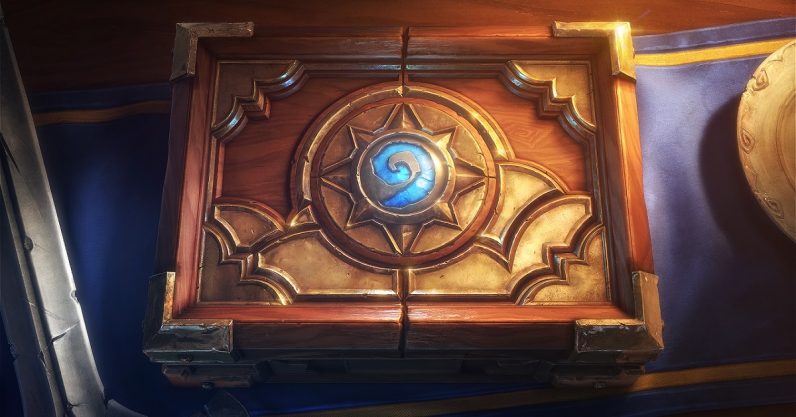 Blizzard is in the hot seat after penalizing a Hearthstone esports player for voicing an opinion about the protests in Hong Kong. While the player did violate the rules of the tournament he was competing in, it’s Blizzard that’s taking all the criticism for kicking him out.

Ng Wai Chung, known by his handle “Blitzchung,” was giving an interview last Sunday on a Taiwanese Hearthstone stream while wearing a gas mask. He shouted “Liberate Hong Kong! Revolution of our age!” in Chinese (thanks to Inven for the translation). The hosts dove behind their table at this, and the stream quickly cuts to an ad break. All official VODs of this interview have been scrubbed, but you can still find clips online:

After the interview, Blizzard announced on the Hearthstone blog that it was removing Blitzchung from the Grandmasters tourney, stripping him of his winnings, and banning him from competing in any Hearthstone esports competitions for the next year. The specific rule he violated is one which forbids competitors from doing anything that “brings you into public disrepute, offends a portion or group of the public, or otherwise damages Blizzard image.”

To play devil’s advocate for just one sentence, that rule does seem like a pretty clear message from Blizzard to toe the line while you’re in its spotlight. But this seems overly cruel considering Blitzchung is from Hong Kong — you’d think if anyone should be allowed to voice an opinion on the situation, but sadly that’s not how the world works. The salt on the wound is that Blizzard also broke with the casters who were doing the interview, even though their reactions would seem to prove they didn’t know Blitzchung was going to say what he did.

Even if you don’t follow esports, it’s easy to see why such a move from a prominent American company is ruffling feathers. Fans on the now-closed Blizzard subreddit were lighting the company up over this decision, saying they would no longer be playing Hearthstone or any of the company’s games. Blizzard said it would “stand by one’s right to express individual thoughts and opinions” but added “players and other participants that elect to participate in our esports competitions must abide by the official competition rules.”

Politicians are now also jumping into the mix. Florida senator Marco Rubio accused Blizzard of knuckling under to Chinese authorities in order to retain access to the Chinese market.

Senator Ron Wyden of Oregon tweeted something similar, saying that Blizzard was willing to “willing to humiliate itself to please the Chinese Communist Party.”

In the middle of all this, I’m thinking again of one of the major objections to the Epic Games Store. Earlier this year, when the PC Store Wars were getting heated, those who disliked the Epic Games Store in particular expressed reservations over the fact that Epic is, in part, owned by Chinese company Tencent. I won’t dignify most of those comments — a lot of which had a more general anti-Chinese air than a simple objection to the Chinese government — by saying they’re all worth listening to.

But it’s interesting now that some are pointing to Tencent as the instigators of this incident, considering they also own a minority stake in Activision Blizzard (less than 5 percent). They’re also responsible for the suspension of NBA broadcasting in China over a similarly supportive tweet from the manager of the Houston Rockets.

We’ve reached out to Blizzard for comment and will update this article if we receive it.

Read next: Twitter says it used your 2FA info to advertise by accident