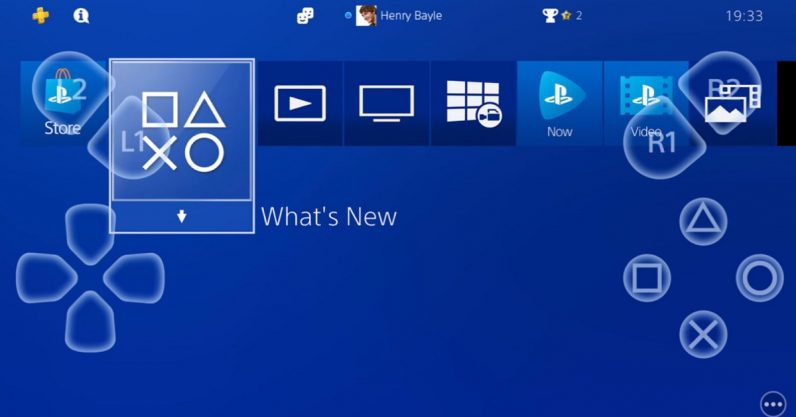 Sony‘s releasing its 7.00 update for the PS4 this week, which adds support for the console’s Remote Play feature to all Android devices, months after iOS got the same thing.

Remote Play comes a little late in the PS4‘s lifecycle for its millions of users to take proper advantage of it. One hopes the PS5 — which is allegedly code-named “Prospero” — will offer a version of this a bit earlier. The ability to play your games on a smaller screen, thus having some flexibility and not being constantly tied to the same stationary black box console, will be even more important as the PS5 will have to compete with the likes of Google’s Stadia and Apple Arcade. It’s not as flexible as, say, this cloud gaming thing everyone’s so keen on, but it’s definitely better than nothing.

The 7.00 update also brings a small benefit to iOS users as well: those who’re running the new iOS/iPadOS 13 can now hook up their Dualshock 4 controllers to their iOS devices via Bluetooth. That means you can play PS4 games on your iPhone with your PS4 controller. It’ll be almost as good as Remote Play on the Vita was! (And no, I’m still not over the Vita and probably won’t be for a long time, don’t @ me.)

The update also doubles the size of PlayStation parties — now 16 people can join. The PS4 Second Screen app also supports a new Chat Transcription feature that, as the name suggests, will convert spoken party chat to a written transcript. Parties also have a new tab where users can enter text that’ll be read aloud to other party members. Currently this is only available in the US, but we’ve contacted Sony to ask about its release in other countries.

If you wanna see a quick-and-dirty guide for how to get started on Remote Play, you can check out the guide we wrote from an iOS device. The basic steps from within the app appear to be the same.

The update is launching worldwide later this week.