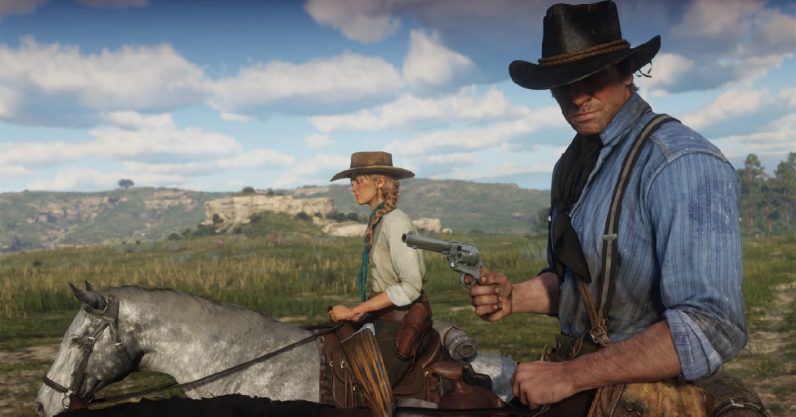 We all saw it coming, and now it’s happening: Red Dead Redemption 2 is finally coming to PC in early November — but Steam users are going to have to wait an extra month.

Yes, all the rumors and clues we heard about were for real. Our pick for the best story game of 2018 is officially doing what its predecessor could not and making the leap to PC. It’s a boon for my non-console-owning brothers and sisters, and now we know why Rockstar has its own PC launcher.

Single-player mode will come with new bounties, gang hideouts, and weapons, while pre-order bonuses include a new horse and various in-game goodies. I also suspect PC players will have dozens of mods ready to hit the ground running within hours of official release.

As expected, it’s not just the base game that’s coming to PC, but also Red Dead Online. The burgeoning community of Wild West MMO players, and the number of PC-based players who could be joining in, are probably a bigger incentive than the base game by itself. Users who pre-order via the Rockstar Launcher will also get 50 gold bars as a bonus.

However, if you’re one of the Steam faithful, you may be slightly disappointed, as that store is once again getting the shaft. According to Rockstar, RDR2 will be available to pre-order from the Epic Store, Humble, Greenman Gaming, GameStop, and “other digital retailers” starting October 23. It’ll also be a launch title for Google’s Stadia, the Founder’s Edition of which is set to come out in November. However, Valve’s platform won’t be getting the game until December.

Rockstar is sweetening the pot by offering two free games for anyone who pre-orders RDR2 on the Rockstar Games Launcher by October 22. You have your pick of GTAs III, San Andreas, and Vice City, L.A. Noire, Bully, or Max Payne 3. Considering you can already get a free copy of San Andreas by downloading the launcher within the next few days, you could potentially be getting lots of classic, old-school Rockstar goodness.

I’m honestly surprised Rockstar’s not bringing the first Red Dead onto the Rockstar PC Launcher, piggyback on the sequel. It’d be the perfect excuse. We’ve contacted the company to see if there’s a chance that could happen.

RDR2 releases on PC on November 5. Pre-orders on the Rockstar launcher open on October 9.

Read next: An entrepreneur's guide to Boston’s tech ecosystem