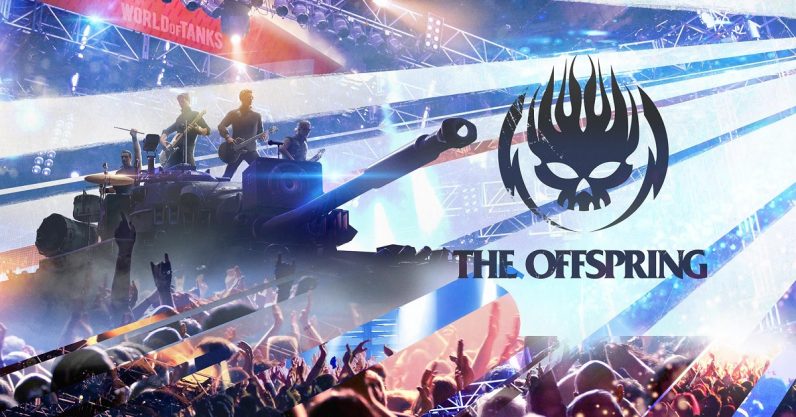 Punk band The Offspring are going to be performing a gig in … a mobile game? Yep, they join the ranks of the growing number of performers choosing to perform in games.

As for the venue, Offspring will be performing inside World of Tanks. That’s right, the free-to-play mobile World War 2 war machine game. It wouldn’t be my game of choice were I a punk band — but come to think of it, I can’t come up with a hypothetical alternative, so who am I to judge? I have the feeling the hundreds of millions in revenue WoT rakes in on the average year might be too tempting for me to pass up too.

We're excited to announce that @worldoftanks has invited us to perform inside their game. Beginning Sept 18 you can join us on a virtual stage right in #WorldofTanks. The game has never seen anything like this before, so we're excited to be the first!#wot #WGFest19 pic.twitter.com/7oXkJ1EXoG

The band performed live (by which I mean in-person) at Wargaming Fest: Tanker Day, a festival held by publisher Wargaming on their home turf of Minsk, Belarus. In its announcement, Wargaming said the group would be added to the game, and hinted they might be there to stay: “Starting from September 18, we’ll assemble a virtual stage right in the game Garage, where the band will perform some of their biggest hits… And there’s more to it. The Offspring can stay in your Garage for good — stay tuned for more details.”

The band isn’t the first to choose a video games as a venue for a performance. Last month, Korn performed in AdventureQuest 3D. Earlier this year, Marshmello played for the mother of all sold-out crowds, an audience of over 10 million in Fortnite for a concert that lasted around 10 minutes. The Verge called the latter “a glimpse into the future of interactive entertainment,” which, given that we’re seeing such an upswing of similar events, feels more right than I think writer Nick Statt realized.

Speaking strictly for myself, I’m all for concerts in games. I’m claustrophobic, meaning tightly-packed crowds turn me into a sweating, gibbering ball of distress (a belated apology to my fellow Kendrick Lamar fans, who were present for this revelation). And considering these concerts don’t require travel or tickets, they could be an excellent way for fans who might not otherwise have the capability to enjoy a concert-ish social experience with fellow fans.

Regardless, if you’re a World of Tanks player, check your Garage for The Offspring tomorrow.

Read next: How to build a production and recording studio that fits in a backpack