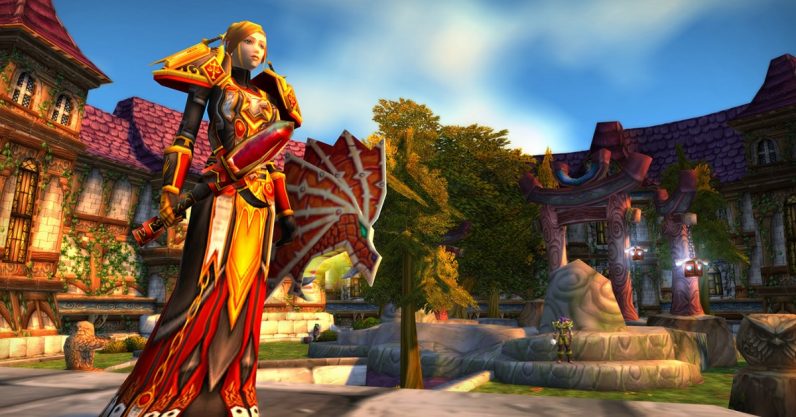 Something strange is happening on Twitch. The most-watched gaming on the site in the past few weeks hasn’t been Fortnite, or CS:GO, or League of Legends, or any of the other esports darlings — which is almost unheard-of for the site. Instead, the game everyone’s spent the most time watching, by a significant margin, is a little MMO you may have heard of called World of Warcraft.

Well, to clarify, it’s WoW Classic, a recreation of pre-Burning Crusades-era WoW released in tandem with the game’s 15th anniversary. Classic was released last week to much rejoicing. From the overstuffed servers to the literally lines of people looking to turn in quests, all signs suggest people are climbing over each other to get back to WoW. Enemies can’t spawn fast enough to account for all the players attempting to kill them. It’s almost comical, really.

The first week of its release, you could find more than 1 million viewers watching WoW Classic on various channels. By comparison, Fortnite usually draws somewhere in the region of 200k viewers these days. TwitchTracker has it as the most-watched game on the site, with over 55 million hours watched this last week alone. To give some context, the next-most-watched is CS:GO with 19.2 million, and Fortnite trails with a relatively unimpressive 17 million.

Ordinarily anything with this kind of a spike in viewership would be a bit suspect — rumor has it that one of the reasons Apex Legends had a lead on Fortnite shortly after its release was that streamers had been paid to switch over to Apex for a while. But I think in this case it’s just good, old-fashioned nostalgia.

WoW‘s been going strong for so long now, but I can see why some people might want to jump into a server that reminds them of the game at launch. It’s changed a great deal in the interim. And for those of us who weren’t there at WoW‘s jump, it’s a fun chance to see what gaming was like back in ye olden times.

Meanwhile, another incentive that kept people watching was the question of who would be the first player to hit the level 60 cap, and that appears to have been Jokerd. It remains to be seen if all these interested viewers will stick around now once the ceiling has been hit and the raids have been completed. But I think the fact that a 15-year-old game managed to catch and hold such interest at all is an achievement in and of itself.