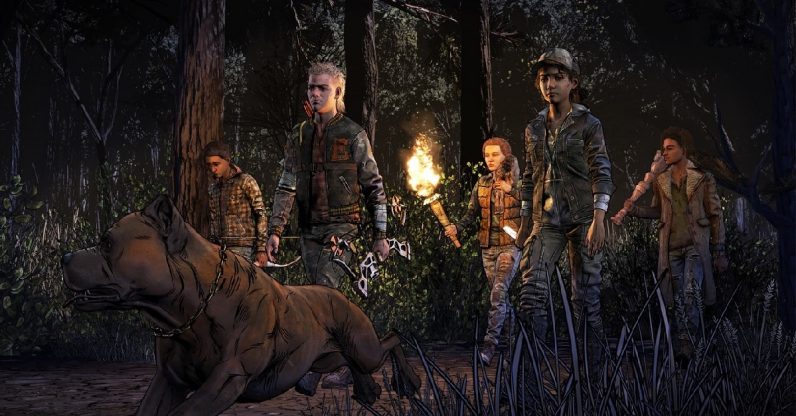 For those of us who miss the work of defunct studio Telltale Games, the news that it’s apparently being resurrected will be welcome. Except this is a completely new company run by two new people who haven’t had a hand in any of the previous Telltale endeavors. So you know… don’t get excited yet.

A company called LCG Entertainment bought the rights to Telltale’s back catalog and some of its licenses, according to a report from Polygon. The licenses include The Wolf Among Us and the Batman series, though not the likes of Walking Dead or Stranger Things. The state of other licenses is unclear. LCG is run by Jamie Ottilie and Brian Waddle, neither of whom worked at Telltale prior to its closure — that’s not just under new management, that’s Telltale in-name-only.

The death of Telltale Games was one of the most confusingly tragic things to happen in the games industry last year. Not only did the company appear to go under abruptly, but longtime employees were allegedly shafted on severance pay. Accusations of toxic crunch culture bubbled to the surface, making it clear the company had been troubled for a long time and the now-former employees had borne the brunt of it.

And now not only has someone not related to Telltale resurrected the company’s corpse like some off-brand work of Frankenstein, but it’s also apparently offering to hire on some of the original employees as “freelancers” with the potential for being hired for full-time work in the future, according to Polygon.

I honestly hope that isn’t as awful as it sounds.

Apparently Athlon Games will be handling publishing duties. If that name sounds familiar, it’s an offshoot of Chinese company Leyou, which is collaborating with Amazon to make the upcoming Lord of the Rings MMO. As yet, we don’t know if the new owners will be reviving any of Telltale’s franchises or if it will start new ones.

Ottilie, whose previous game experience was as the CEO of Galaxy Pest Control, which specialized in licensed mobile games, told Polygon he invested in Telltale out of a love of the adventure game genre: “I like games that tell stories and I think our industry should have a company that specializes in narrative-driven games.” He also told GI.biz the “new” Telltale will try to avoid the problems that plagued the original incarnation: “It’s unfortunate the way that it ended. Certainly we’re working very hard not to make similar mistakes.”

I’d imagine the promise of reviving heretofore-deceased Telltale franchises like Wolf Among Us might balance out the karmic irony of two unrelated people getting command over the company’s library. I’m not sold — if the purpose was to have an adventure game developer, surely they could have started their own for the amount of money it must have cost to buy Telltale’s IP?

But I’ve been wrong before. The new owners also implied they might sell some Telltale games that have been pulled from stores due to expired licenses, which would at least engender some goodwill for wary fans.

Read next: Cambridge Audio's Alva TT is the fancypants Bluetooth turntable I didn't know I wanted