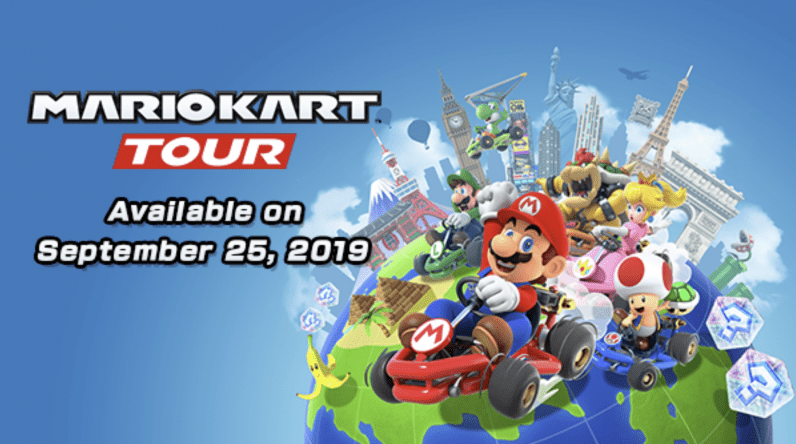 In a surprise evening announcement, Nintendo revealed that its next big mobile title, Mario Kart Tour, will arrive on September 25. The company made the announcement in an unceremonious tweet. Though it doesn’t specify platforms, presumably that date includes both Android and iOS devices.

Pre-registration for Mario Kart Tour is now available! For more details, please click here: https://t.co/loB3wf6eOv#MarioKartTour will be available on 9/25. We hope you're looking forward to getting behind the wheel of this new game! pic.twitter.com/afPFp94iNi

The company originally released a beta for the Android version of the game earlier this year. The company is making a big bet on the title, with some analysts thinking it could be the gaming giant’s first “billion dollar app.” The company’s previous title’s such as Super Mario Run, haven’t been popular, but they don’t have the same replayability and multi-player prowess that Mario Kart has been known to deliver for generations.

It’s an established franchise, and I’d argue that it would be hard for Nintendo not to make a boatload of money out of the game (as much as I hate microtransactions). And unlike Super Mario Run, Mario Kart‘s controls lend themselves more easily to mobile devices. After all, Nintendo has already used motion controls on several Mario Kart Titles.

You can pre-register for Mario Kart here. The link currently just points you to a page saying the beta is closed, but presumably, pre-registration will open soon.

Read next: US preps voting systems against ransomware attacks ahead of 2020 elections