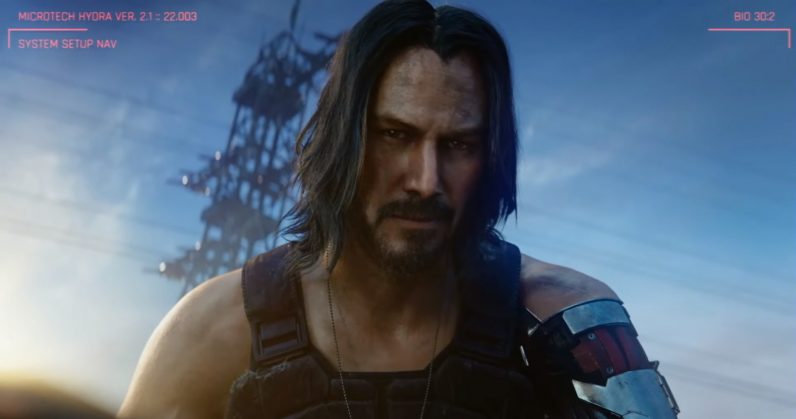 CD Projekt Red recently revealed that Cyberpunk 2077’s character creation system won’t allow players to choose their character’s gender. This is a big deal for LGBT gamers and, hopefully, a sign the company’s committed to being more inclusive.

The news comes from a Metro interview with Marthe Jonkers, lead concept artist on the game. When asked about the “difficult subject” of “gender and trans issues,” and the company’s social media controversies (we’ll get to that), Jonkers responded:

Of course, if you tackle certain subjects then you will expect people to have an opinion about it and we respect that. And it’s good that people give us feedback. And our character creation menu, for instance, compared to the last demo we now give you so many more options. For instance, you don’t choose your gender anymore.

You don’t choose, ‘I want to be a female or male character’ you now choose a body type. Because we want you to feel free to create any character you want. So you choose your body type and we have two voices, one that’s male sounding, one is female sounding. You can mix and match. You can just connect them any way you want. And then we have a lot of extra skin tones and tattoos and hairstyles. So we really want to give people the freedom to make their own character and play the way they want to play.

This is great for all gamers. If the company responsible for one of the greatest video games of all time, The Witcher 3, thinks that people who identify as trans, non-binary, and gender-fluid are important enough to merit consideration from their development staff, then there’s hope that others will start to see transfolk too.

It may not be a giant victory – nobody’s going to give CD Projekt Red a GLAAD Award for removing binary gender limitations from a video game – but it’s a start. And, considering CD Projekt Red’s already on shaky ground with the LGTB community and our allies, it’s probably an important one for the company too.

As Polygon’s William Antonelli points out, these are examples of hate speech. They directly associate identifying as transgender or non-binary with being self-deluded or disingenuous. In their excellent article on the controversy, they write:

The idea is that to identify as nonbinary is as ridiculous as saying you’re an inanimate object. In other words, anyone who does so is either stupid, or lying. It’s another joke that few people actually find funny as much as they like having their prejudices confirmed, and it’s effective at making the very existence of transfolk seem like a joke.

For its part CD Projekt Red gave a pseudo-apology for the comment, stating it was sorry people were offended (the corporate equivalent of when your parents tell you to apologize for calling your little sister stupid, so you say “I’m sorry you’re stupid”).

Sorry to all those offended by one of the responses sent out from our account earlier. Harming anyone was never our intention.

Perhaps the company felt like it was between a rock and a hard place. Maybe it issued the half-hearted apology so as not to further offend the most vocal of its customer demographics – the infinitely easily-offended legion of angry gamers who incur apoplectic fits of rage at the mere thought of someone they don’t identify with being offended. Cue Alanis Morissette.

Either way, it’s indicative of a shift in gaming culture. Gearbox and 2K are about to launch Borderlands 3, the continuation of one of the most queer-friendly gaming franchises around, and LGBT-themed gaming events are having a bit of a moment in 2019.

If CD Projekt Red can stay classy on social media, the best AAA game of 2020 (it’s at least a contender right?) might also be among the most inclusive.