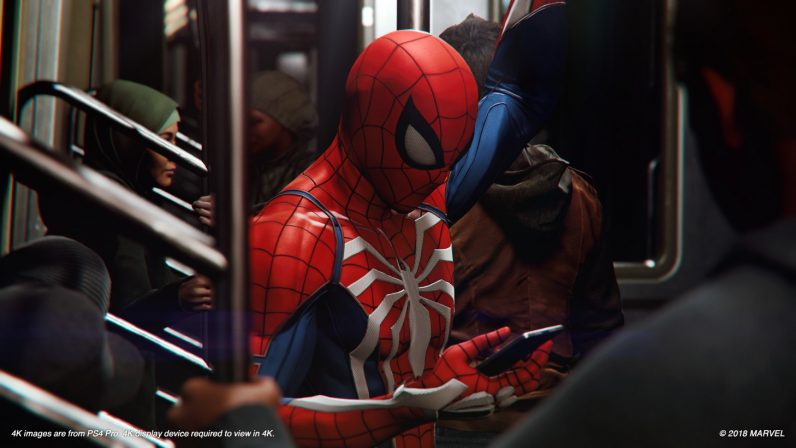 Sony this week revealed it’d acquired Insomniac Games, its perennial partner studio and the developer of Spider-Man, Ratchet & Clank, and the Resistance series. Insomniac joins a conga line of game studios that have been acquired by the console makers in the last few years — indeed, it almost seems like a response to Microsoft’s vacuuming up studios left, right, and center.

The Insomniac acquisition was announced almost casually in a Twitter post, and both Sony and Insomniac sound very happy with the situation. Of course that could be because the two studios have traditionally had a great relationship — in addition to the above-mentioned titles, Insomniac are also the creators of early PlayStation mascot (and my childhood gaming hero) Spyro the Dragon.

Big news: @InsomniacGames is joining PlayStation’s Worldwide Studios! We are honored and thrilled to join forces with this legendary developer. Please join us in congratulating our friends and partners at Insomniac! pic.twitter.com/hhhqhxZE7k

Though recently Insomniac had been branching out a bit. In addition to an Oculus VR game called Edge of Nowhere, the company also made Sunset Overdrive, an Xbox One exclusive. Given how Microsoft has been acquiring multiple independent game developers to work under its umbrella, the prospect of it making an attractive offer to Insomniac is probably not outside the realm of possibility, and it wouldn’t surprise me a bit if at least part of the motivation from Sony is an attempt to avoid that.

In the last year alone, Microsoft has acquired Ninja Theory, Undead Labs, Playground Games, Compulsion Games, Obsidian and Double Fine. The latter is the developer behind the upcoming Psychonauts 2, and many a joke has since been told about how Microsoft missed the chance to make now-cult classic Psychonauts an Xbox exclusive back in the day.

Given its making these big offers (and probably has the money for a few more), it’s probably not entirely outside the realm of possibility that it could have been eyeing its one-time collaborators at Insomniac. But now that Sony has absorbed Insomniac, I’m sure it’ll be happily making a Spider-Man sequel in no time.

It all sounds very rosy, given how close the two studios have been in the past, but studio consolidation and acquisitions don’t always result in great partnerships. As a flip side, remember that Bungie this year separated from Activision Blizzard after an eight-year partnership. It should be noted Bungie was acquired by Microsoft before going independent in 2007 — in both cases rumor has it that Bungie was eager to be independent after chafing for years under corporate demands.

And remember what happened to Rare after it was acquired by Microsoft? It had ten years of relatively low-profile releases before Sea of Thieves was announced. It was kind of ignominious for one of the most important and influential studios of the nineties.

So what do we, the gamers, gain from the big-timers absorbing these studios? In theory, our favorite game-makers can now focus their efforts on passion projects without having to worry about their electricity getting cut off. But now developers need to okay these same projects with the person holding the money, and often they’re billeted by what the company wants to make. I’m just saying… let’s not celebrate the march of consolidation until we see what kinds of games we get out of it.

Read next: Cybershoes let you physically walk, run, and jump in VR without leaving your seat