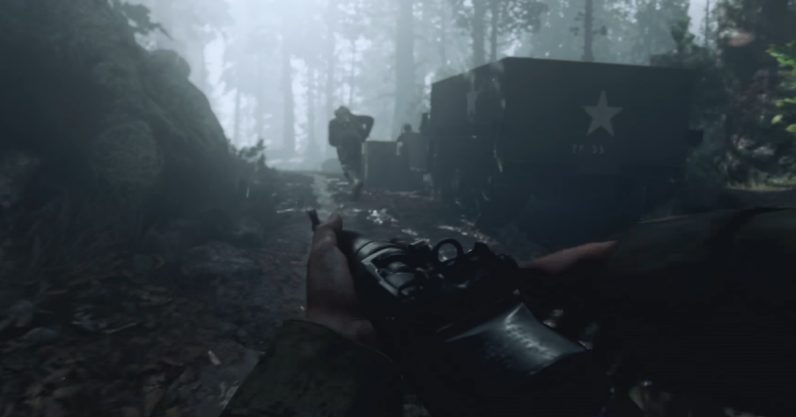 After the terrible shooting in an El Paso Walmart, the company is apparently taking steps to respect the deaths of twenty-two people. It’s doing this by removing signs advertising certain video games — which begs the question: how exactly is this supposed to help?

The company documentation listing the changes was discovered by journalist Kenneth Shepard, who tweeted it out. The rules include turning off any demos for violent games, remove any signage advertising shooters, and cancel any events that promote combat- or shooting-based games. The company also asks that no videos depicting violence or hunting be shown in the electronics or sporting goods section.

Apparently Walmart is telling its employees to take down displays that show violent video games, specifically shooters, as well as movies and hunting videos. pic.twitter.com/2N3t4B86tf

Now, in Walmart’s defense, a spokesperson said this wasn’t going to be a permanent change — it’s a temporary measure specifically made in response to the deaths. The galling part is that they said they did this, “We’ve taken this action out of respect for the incidents of the past week.”

If this has been done in a vacuum, it would be a little bizarre, but not particularly untoward. But given recent attitudes towards so-called “violent video games,” this doesn’t feel like a move made to honor the dead or comfort the living. This is out of respect for the myriad politicians (the President included) who are choosing to blame entertainment that displays simulated violence over the grab bag of other, more likely motivations that drove Crusius to shoot his fellow humans.

A common response to this is to decry the irony of Walmart still selling guns while trying to respectfully curtail video game advertising. Granted, it wouldn’t be the first major chain store to jettison guns post-tragic shooting: Dick’s Sporting Goods removed assault-style rifles from its stores in the wake of the Parkland shooting. It received no small amount of backlash following this choice, and when sales of firearms overall declined, it stopped selling them altogether. Reportedly, its sales have gone up as it’s used the store space to stock more of its better-selling items.

But expecting Walmart to remove guns entirely, especially while anti-gun control advocates are still whipped into a veritable froth, is, I think, to expect too much. It’s already stopped selling assault-style rifles, and I think it would take a big dent in its gun sales before we saw any real change.

Walmart CEO Doug McMillon — who has been critical of the President’s responses to national tragedies in the past — said in a LinkedIn post that his company intended to be “thoughtful and deliberate in our responses. He also said,  “[We] will act in a way that reflects the best values and ideals of our company, with a focus on serving the needs of our customers, associates and communities.”

Read next: Here's 5 tabletop RPGs to scratch your Cyberpunk 2077 itch