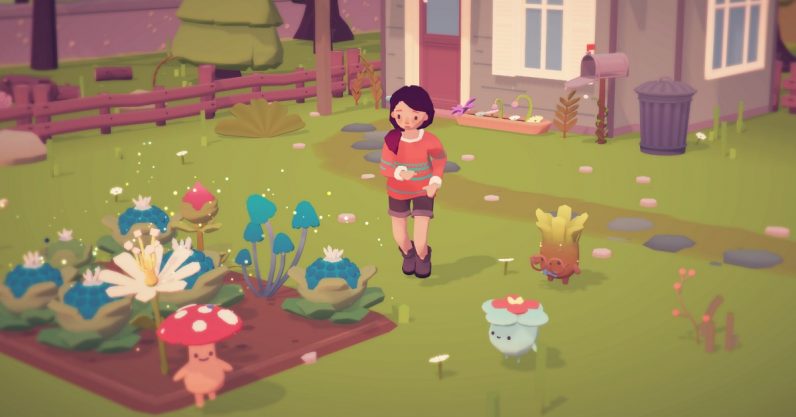 A pair of indie developers became the targets of death threats and hate speech after they decided to make their game an Epic Store exclusive. It begs the question: has this Epic vs the greater PC gaming community thing gone a little too far?

Husband and wife team Rebecca Cordingley and Ben Wasser have been developing a darling life sim game called Ooblets since 2016. They’ve been fairly active and vocal developers, and have a Patreon and Discord server where they regularly interact with fans and potential buyers.

Last week they announced they’d be launching Ooblets on PC exclusively through the Epic Store, in a rather flippant blog post explaining why this would be somewhat incendiary to a subset of gamers and recommending those aforementioned gamers redirect their anger towards something more deserving (such as the new Twitter UI).

When I read the initial announcement, I thought they were sarcastically over-justifying their decision (it really needn’t have been longer than, “Look y’all, we need money and Epic offered it to us”), probably in an attempt to proactively avert the inevitable backlash that follows any game being made Epic Store-exclusive. But unfortunately, that’s not the way outrage works, and the developers’ tone only seemed to double the powder in the keg.

Needless to say, it wasn’t pretty.

Wasser published a Medium post today showing some of the harassment and hatred he and Cordingley have been subjected to since the announcement that Ooblets was to be Epic-exclusive. Suffice to say some of the words thrown at them are too disgusting to be reprinted here. The worst of it is apparently faking an anti-Semitic message from Wasser (who is Jewish).

Gotta quickly address the faked screenshot going around of me supposedly saying "gamers would be better off in gas chambers". Obviously never said that, and as a Jewish person, this one really hurt to see being spread around.

It'd help if you could report people spreading it.

Gamers pointed out that Wasser hasn’t exactly been congenial to gamers‘ complaints on the topic in his personal Discord. I leave it to my readers to judge whether the responses were measured under the circumstances or not.

And it just keeps going… pic.twitter.com/5q4EljAvwd

The responses on the Medium post are pretty much 75/25 split with the majority being users criticizing the developers for rudeness towards those who have honest complaints about the Epic Store. It’s a messy scene all around.

The whole Steam vs Epic, the entrenched familiar face vs the upstart out to disrupt the system was an academic debate at best and a persistent annoyance tainted by unfounded rumors at worst. But now it’s escalating. The developers are getting death threats, several respondents are telling them they should expect it given their tone, and many legitimate complaints both ways are being drowned out. Hopefully there’s a happy medium somewhere in between “Yeah, we’re taking Epic’s money and there’s nothing you can do about it,” and “a plague on your house for taking Epic’s money.” Because this… this isn’t healthy, guys.

Ooblets will launch on the Xbox in addition to the Epic Games Store.

Read next: Disney will bundle ESPN+, Hulu, and Disney+ for $13/month to take on Netflix in November