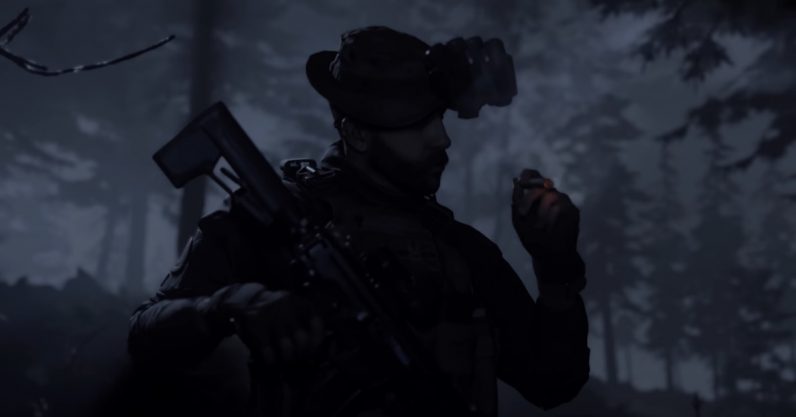 Activision today confirmed that the upcoming Call of Duty: Modern Warfare will have crossplay on all of its consoles, from launch. It’s a watershed moment for the people who’ve been pushing for more crossplay in mainstream games — and, with a game this popular paving the way, it’ll likely only become more common now.

To be clear, we’ve known for a while that developer Infinity Ward intended to put crossplay in Modern Warfare, just not how it was going to work and with what systems. The open multiplayer beta, which was shown today, will launch in two parts this September. The first part will be PS4-exclusive, and the second part will have crossplay between all three platforms: PC, PS4, and Xbox One. Patrick Kelly, creative director and co-studio head of developer Infinity Ward, confirmed in a press release the team intended to have crossplay active from launch onward: “Our goal with Modern Warfare is to bring all gamers together from day one to play together.”

Crossplay, formerly a rare bird, is becoming more common in modern multiplayer games, thanks in part to the influence of Fortnite and Rocket League. It’s usually added after the fact, and often only between specific systems. The crossplay you saw this time three years ago was usually console/PC crossover. Anything more extensive than that just wasn’t done, though last year more and more people began requesting it.

It reached fever pitch with Fortnite, which had crossplay with almost all of its devices. Sony was the final holdout, resisting console crossplay ostensibly to protect its own community. Microsoft and Nintendo stoked the fires by offering crossplay on some of their games, and took what felt like a pointed jab at their fellow console-maker with a Minecraft crossplay trailer. Sony eventually, begrudgingly relented by offering crossplay on Fortnite. I pointed out once that it’d take a big studio pushing for crossplay for a AAA game that would really make it happen — and that appears to be exactly what happened.

Word is that crossplay players will be separated into two separate pools by input: keyboard players and controller players. As the former frequently have a slight advantage over the latter, it stands to reason they’ll be better off competing with each other. This was allegedly confirmed when a member of the development team tweeted a Forbes article describing “input matchmaking” and said it was accurate.

Check out the Forbes write up on matchmaking, they explained it well ☺️https://t.co/zNSEieCadB

Modern Warfare comes out on October 25 on all three platforms.