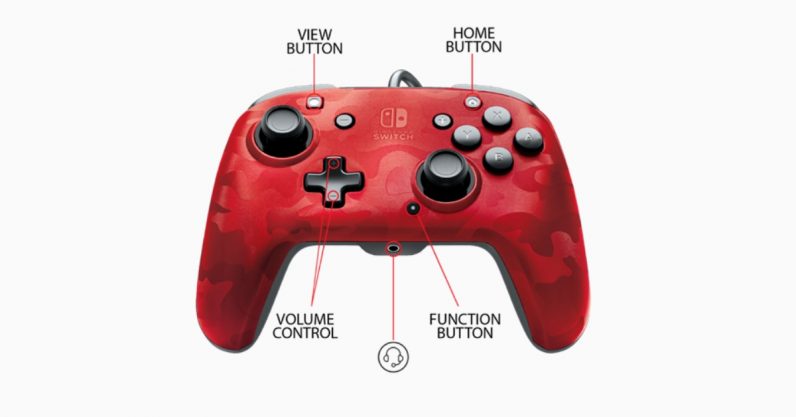 It’s 2019, the Nintendo Switch is the vanguard of the next generation of video game consoles, and — in case you needed reminding — it still doesn’t have voice chat support. Well, at least the company hasn’t personally enabled it yet. Third-party sources are working to patch the gap.

Kotaku today highlighted a new third-party Switch controller called the Faceoff Deluxe+ from PDP. It has — gasp — a headphone jack, a feature formerly exclusive to the Switch tablet itself. That caught my attention, because up to now the only time I’ve used headphones with my Switch was when it was in handheld mode.

And this lack of a headphone jack isn’t just an imposition to listeners — it’s also an indicator of how bizarre the voice chat system is on the Switch. The console has been on the market for over two years now — it’s the big winner in Nintendo‘s stable, and it also still relies on its companion app for in-game voice chat. It’s always been one of the most baffling things about the otherwise exemplary console, at least to me. I don’t want to play games with a phone pressed to my ear — I’m trying to relax and have fun, not perform middle management office work.

It’s very telling to me that the Switch Pro controller, which costs $63 on Amazon, doesn’t come with a headphone jack. Nor do the Joy-Con or the charging grip. If you want to use a headset, either keep the console in handheld mode or hope your TV or speakers have the necessary ports. Sure, Nintendo‘s working on the Switch Lite, which has Joy-Con that can’t be removed and won’t have a console mode. In that case, there’s really no need for an independent controller with a headphone jack — but there are a lot of us who’d like to have it on our old, vanilla Switches.

Voice chat can work on the Switch, but until recently it was only enabled on a single game: Fortnite. A software company called Vivox powers that through the game itself — it’s not something Nintendo enabled. Vivox began offering its services to third-party Switch developers earlier this year — PDP specifically namedropped it in its Faceoff FAQs as the only alternative to Nintendo‘s phone solution. But Vivox’s voice chat SDK is something developers will have to implement themselves, because Nintendo isn’t going to help.

As for the Faceoff itself, it’s kind of hampered by the fact that it’s wired. Have you seen the USB port on the Switch? It’s on the back of the dang console. But still, if the headphone jack and voice chat are things you miss while playing with your Switch in console mode, then it’s at least an option.

You can find the controllers on PDP’s website here.

Read next: Why US public schools' creepy use of surveillance AI should frighten you