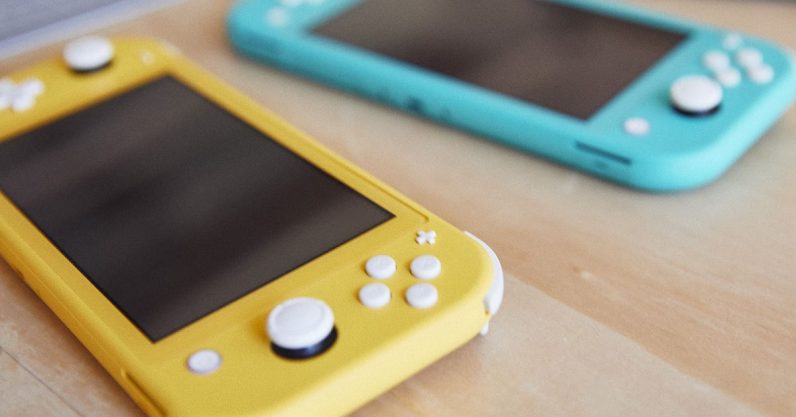 Nintendo this week revealed the Switch Lite, a handheld-only version of the Switch with a slimmer form. Naturally, the inclusion of this new Switch into Nintendo‘s stable begs the question of what place the venerable 3DS has in the new family. Is the 3DS about to exit the stage. I would say maybe… but the Switch still has a long way to go.

Nintendo‘s had a handheld in its stable since the original Game Boy came out in 1989. The Switch Lite would be the first time the handheld has been related to the company’s home console in anyway, even though the console itself can’t be docked in the regular Switch’s port or be connected to a TV.

Now that we’ve got a next-gen handheld, I knew it wouldn’t be long before we started seeing commentary about the imminent “death” of the 3DS, as it would seem there’s no longer a place for it in the paradigm. But let’s not count it out just yet — because the Switch still has some climbing to do before it can replace the incumbent.

And I don’t just mean that in the sense of the Switch having to replace the 3DS in some sentimental terms — I mean the former is not yet as ubiquitous in the market as the latter is. Nintendo needs its handheld to fill a certain niche that the current Switch doesn’t — it needs to be truly portable in order to capture the same attention as the console it’ll be helping phase out.

For starters, Nintendo of America President Doug Bowser told Time Magazine the 3DS was doing “quite well,” and also added: “Retailers continue to support both the hardware and the software. And as long as there’s consumer demand for 3DS, we’ll continue to support it.” And all signs point to consumers continuing to support it until they have a good reason not to.

The 3DS and its predecessor the DS have sold, combined, about 230 million hardware units, according to Nintendo‘s public sales figures. That’s a mind-boggling number of consoles. The DS alone has outsold the Wii by over 50 million units, and the Wii is practically the poster child for Nintendo‘s console success.

Since the release of the Switch, 3DS sales have plummeted — especially in Japan. But what you might not know is that the sales in Japan have not exactly risen at a commensurate rate. Granted, Japan is not as broad a market as the Americas or Europe, but in Nintendo sales it usually keeps up with their numbers fairly closely. In the case of the 3DS, it sold like gangbusters in Japan fairly consistently across its lifetime, and I highly doubt Nintendo wants to lose that market — and it’s that market it’ll likely want to win over. It’s not just Japan that’s crazy for the 3DS, but they make a good case study for what the Switch will have to do to replace its predecessor.

The Switch is also not a highly portable console by itself. Oh, it can be carried and used on the go, but can it be comfortably slotted into a pocket or a purse? I’ve tried — and unless y’all have bigger pockets or purses than I do, the answer’s “no.” The slimmer form of the Switch Lite shows Nintendo is attempting to address this, and hopefully they succeed.

It’s possible the introduction of the Switch Lite will herald the end of the 3DS. But it’s not going to be an immediate (pardon me) switch. The market will take some time to get used to it, and to having a Switch that’s not part of a “home console,” it’ll start to take the same place in their hearts. The 3DS is here to stay — for the time being, anyway.