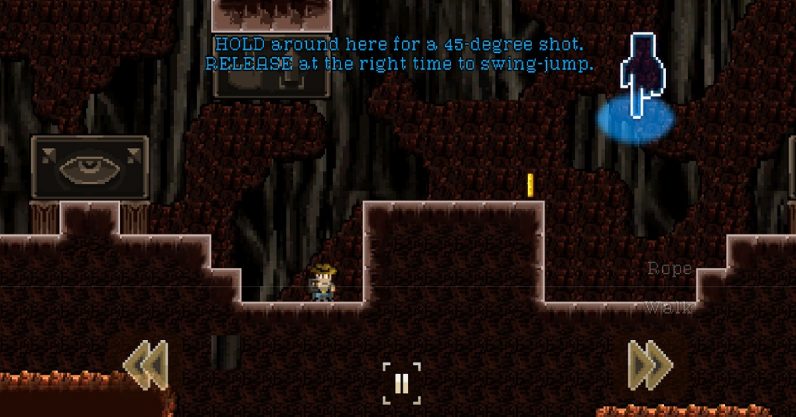 Ever wonder what happened to the iPhone games that you can no longer find, that one day just disappeared from the App Store with no explanation? While mobile gaming in recent years has blown up, and the more popular games have spawned bonafide franchises — Candy Crush, Angry Birds, Monument Valley — the early years of App Store game development were a bit more Wild West than Hollywood, and, like the former, traces of its existence have vanished into the ether.

A developer called GameClub is trying to bring back some of those early, forgotten gems by acquiring the rights to the games, then resurrecting them for the current iPhone market — preserving some of the most ephemeral parts of gaming history for future generations of iOS wielders.

TNW spoke to Eli Hodapp, GameClub’s VP of Business Development and an alum of mobile gaming site Touch Arcade. He said his experience with the latter made him acutely aware of how transitory the App Store offerings were: “It really bothered me to see how many of the classic games that we awarded Game of the Year awards to at Touch Arcade just no longer exist or are no longer playable.”

Games can come and go for various reasons. In some cases, those who own the game lose interest in supporting it when it’s no longer popular or bountiful. Consider the case of Tap Tap Revenge, an early rhythm game that was 2008’s most downloaded free game on the App Store. Its developers released a few sequels, and eventually Disney bought the rights to the game. The company pulled the Tap Tap games from digital stores in 2014 and shut down the servers. EA did the same in 2015 with the likes of Flight Control, Bejeweled 2, and Real Racing.

But sometimes, the problem is simply technical. Apple‘s onslaught of iOS updates waits for no one, and the company doesn’t offer any way to downgrade or emulate an earlier version iOS. It could be a full-time job for anyone to keep their apps playable on the newest edition of the software — for some indie developers, that just wasn’t feasible. Also, as Hodapp pointed out, listing on the App Store isn’t free, and often games would no longer earn enough for their developers to justify continuing to pay the $99 yearly fee. Early iOS games were like fashion — popular today, passé tomorrow.

But just because a game is no longer popular doesn’t necessarily mean it should vanish into the ether. Game preservation has been a concern for the industry for as long as games have existed. GameClub is a nice switch on the dynamic, though — usually game publishers are the ones pushing back against potential third-party preservation efforts.

For a good example, see last year’s decision from the Librarian of Congress on the topic of “dead” MMOs (games where the online servers hosted by the original publisher have been shut off). In that case, archivists and publishers argued fiercely over whether “preserving” games veered too far into publishing someone else’s intellectual property. The Librarian concluded that archivists were covered under fair use — though it did specify they had to legally obtain the game‘s code.

The main stopping point for GameClub, Hodapp admits, is that they have to secure the rights to each individual game in order to modernize it. This involves lots of internet sleuthing to find where these app-makers ended up, and then convincing them to relinquish the rights to GameClub. “The farther back in time you go, the trickier it is to find out where the person who made these games went. A lot of the early App Store games were made by some dude in his bedroom who released it himself. You could do that back in the day. It’s like an archaeological dig to track this stuff down… I piece all the information I can find together, make contact, and say ‘What can we do to update your game and have it be part of GameClub?'”

Another major challenge is bringing ancient code to a whole new iOS. As mentioned, there is no going back with iOS — for games to be playable on modern iPhones, GameClub engineers must update the original source code to make it functional. One of the older games in the GameClub library, Hook Champ (pictured above), was first released in 2009 for the iPhone 3G and iPod Touch. Everything in Hook Champ was made for a resolution of 320×480, and GameClub need to adjust it to the current generation (the iPhone X has a resolution of 2436×1125) — a process Hodapp called a headache.

GameClub wants to offer each of the classic games as a separate app, but to fund their revival via a subscription service. It’s sort of a vintage version of Apple‘s own Arcade service, which offers new iOS games for a set price per month. There might be some competition for users — I’m willing to bet the number of iOS gamers who want to pay for both is relatively small. But older gamers who want to relive the early days of iPhone games and their brilliant simplicity might find GameClub’s offering more appealing.

According to Hodapp, users can request certain games be added to GameClub via the company Discord. You can also download any of the company’s early access games via the Testflight app — links are available on the GameClub website.

Read next: How to update your iPhone to iOS 13 right now