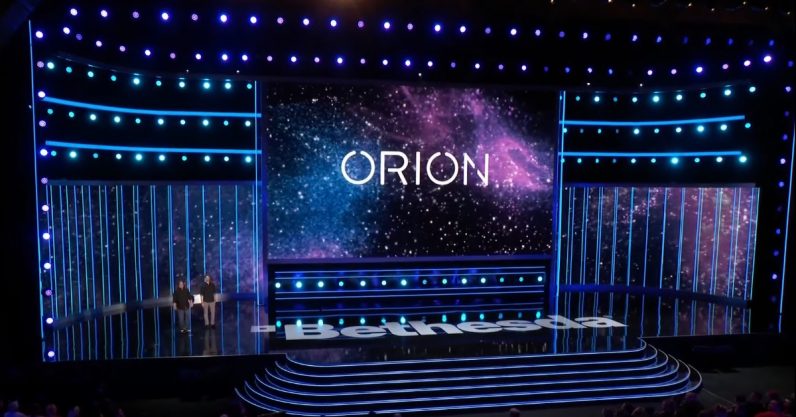 Bethesda revealed at this year’s E3 it would be offering something called Orion — a solution for game streaming that promises to make game streaming more feasible for those without the high-speed internet cloud gaming demands. Given that the whole industry seems to be pushing in that direction, this and similar solutions could be immeasurably helpful.

At first blush, Orion sounds like Bethesda‘s own offering in the cloud gaming arena — but it’s not. According to the company, its purpose is to reduce the amount of bandwidth a game requires and reduce latency. To do this, a company licensing a game engine would have to license Orion as well and incorporate it into the engine. Bethesda claims it can,  “achieve dramatic latency reductions of up to 20% per frame as well as up to a 40% reduction in required bandwidth.” It also promises Orion will allow stream providers to reach “a bigger audience, at reduced costs, with a superior level of service.”

Of all the companies to start offering solutions to game developers who might otherwise be turned off by the likes of Stadia, Bethesda isn’t the one I’d have thought would be the first — but good for them. I also highly doubt they’ll be the last.

Stadia’s offering, while the company has tried to dress it up in accessible terms, does require quite a lot from your internet connection. In order to stream games at 4K speeds, you have to have a download speed of over 35 Mbps. Even the baseline service requires at least 10 Mpbs, and often you’ll be streaming under non-optimal conditions (someone else in the house watching Netflix or, Cthulhu forbid, streaming games themselves). You can take Stadia’s speed test here to see how you rate.

For the moment, it’s alright because gaming’s not entirely based on cloud streaming… yet. But all the major companies are investing heavily in the streaming side of their business — not to the extent of Google Stadia, but they certainly seem to think it’s a technology worth incorporating into their existing console infrastructure. Microsoft and Sony have set aside their differences to partner on cloud streaming tech, and even Nintendo is reportedly “evaluating” cloud streaming.

So I anticipate Bethesda won’t be the first company to start offering solutions for those who can’t afford the internet speeds demanded by cloud gaming. Polygon reports, “Bandwidth savings using a single Orion technique, in a 10-minute gameplay test, goes from 23.43 Mbps with the technique off to 13.67 Mbps with the technique on.” That’s a huge difference, and could make all the difference for fence-sitters who aren’t sure they can stomach the price otherwise.

The downside to Orion is that it can’t really be implemented by consumers. It has to be integrated into the game engine itself by the developers. That’s likely to be a problem for all those hoping to offer a similar solution — there’s really no way to offer anything directly to consumers that’ll allow them to play games at the resolution of their choosing with low latency.

If you’re interested in trying Orion, you can sign up for Bethesda’s Slayers Club and give it a try later this year. The company will be running trials using the single player campaign from Doom 2016 — which, if you haven’t played this excellent game by now, you absolutely should take advantage of.

Read next: How to read a scientific research paper