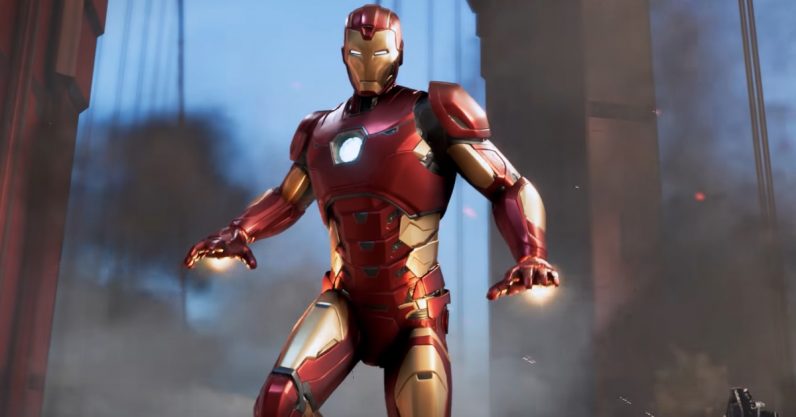 The recent E3 trailer for the Avengers game has given rise to some speculation that the game may contain a crossover with the PS4 Spider-Man game. Some are hoping for a game version of the Marvel Cinematic Universe — which is unlikely, but would be amazing if it turned out to be true.

The evidence for the crossover is, admittedly, a little flimsy at first glance. In Spider-Man, should you and your friendly neighborhood Peter Park visit the Avengers tower in the Upper East Side, he’ll say something to the effect of, “Too bad they’re never around. They’re on the West Coast or something.”

In the trailer for the Avengers game, the Avengers are indeed on the West Coast, San Francisco specifically, when something called “A-Day” occurs that fractures the group. Was Peter on to something or was that just a sly dig at the in-comics West Coast Avengers that coincidentally presages the new game?

Also, the villain Taskmaster appears in both games, though given he’s not a villain specific to any one rogues gallery (if I remember correctly), that could also just be a coincidence. Great minds, yeah?

The most hopeful interpretation of this theory is that it sets up a game version of the famous Marvel Cinematic Universe, the unprecedented genre-spanning film franchise that’s been a staple of cinema for the last eleven years. The early MCU movies only hinted at the crossovers to come with subtle Easter Eggs in each film — the first and most memorable being SHIELD dogsbody Agent Coulson.

So could this subtle nod be a sign of a crossover to come?

The very reason it’s unlikely is the same reason why it’d be exciting if it’s true — both games are being made by different companies. The Avengers game is being developed by Crystal Dynamics and Square Enix, while Spider-Man is a product of Insomniac. So if there really were some legitimate communication between the two that led to the Spider-Man Easter Egg, then that means Disney could be bringing together different companies, pooling the talents of multiple development teams the same way the MCU did with excellent character actors and directors.

Other than this, details about the Avengers game are still scant. We know each Avenger will have their own skill set, and that there will be co-op play. Frankly it looks a bit like LEGO Marvel Super Heroes — and by the way, if this Marvel Gaming Universe theory doesn’t pan out, you can at least always go back to playing one of those games, because they already give all the zany crossover action anyone could want.

Read next: India will build its own space station in the next decade