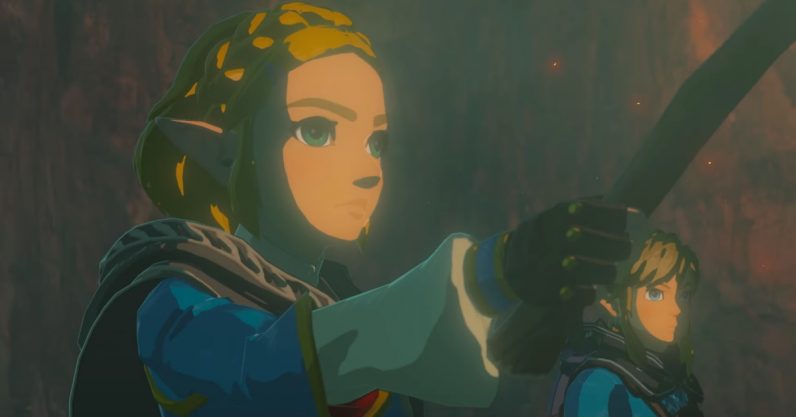 Nintendo showed off a sneak peek this year of an upcoming game — and not just its usual in the glut of “latest installments” in the Pokemon, Animal Crossing, and Mario franchises. No, we’re getting a sequel — an actual sequel — to Legend of Zelda: Breath of the Wild.

The reveal came at the end of Nintendo‘s E3 Direct show. The show wasn’t exactly dull before that point — we got more information on several upcoming titles, such as Pokemon Sword & Shield, Animal Crossing New Horizons, and Luigi’s Mansion 3. The Trials of Mana game is coming out in the West for the first time. And of course there was oodles about Smash Bros — Banzo-Kazooie are joining the fray.

At the very end of the show, Nintendo exec Shinya Takahashi teased “one more thing,” and cued the trailer.

To say this came as a surprise would be to undersell the legion of gamers watching the show. The chat in the Twitch stream was going even more bananas than usual. Gaming Twitter was briefly just a stream of vowels and carnal verbs. Nintendo rarely does direct sequels to the Legend of Zelda games — or very many of its games, for that matter. It just reinvents them for a new generation. So this is basically Nintendo flashing a unicorn on screen at the end of the show and it garnered pretty much the same reaction.

Still, it’s not a surprise that Breath of the Wild has been selected for the sequel route. The game cleaned house on behalf of the Switch, despite not even being exclusive to the platform, selling over 12 million copies according to Nintendo‘s last-reported sales figures (though the only other console it was released on was the little-loved Wii U, so that’s probably not much of a factor).

As for what the sequel will entail, the trailer didn’t show very much. Link and Zelda were both there (the latter rocking a new pixie cut), along with some creeping darkness and a moldering corpse that appears to be Ganondorf himself. The game doesn’t even have a title yet — text at the end of the trailer merely confirmed it was a sequel and not just story DLC. Given that the original teaser for Breath of the Wild was shown at E3 a full three years before it was eventually released, it could be a while before we see it.

I’m thinking it’ll be worth the wait.