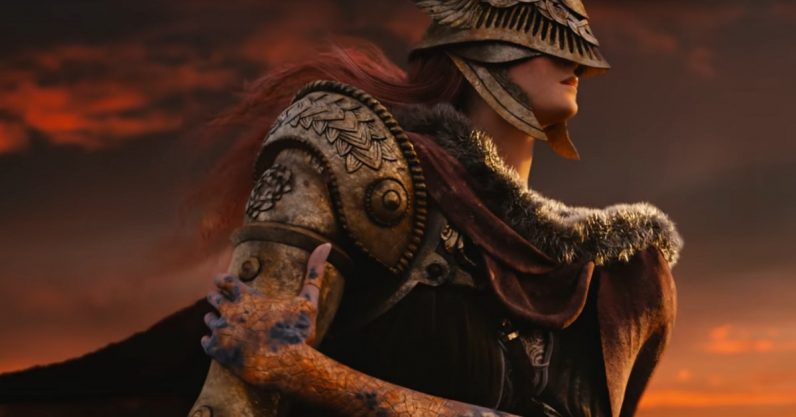 The primary commonality between a From Software game and George R. R. Martin’s most popular literary endeavor is that dying happens. Dying happens a lot. Is that a strong enough connection to make a game? Well shit, we’re about to find out, because the rumors are true: Martin and From are collaborating on a new game called Elden Ring.

So far, all we know about Elden Ring is what we saw in a trailer shown at the Xbox E3 show this weekend. Details were scarce, but we can gather it’s going to be a dark fantasy game set in a world headed for a breakdown — which sounds a lot like Dark Souls, come to think of it.

From president Hidetaka Miyazaki told Xbox Wire the game would be an open-world RPG, and will be full of “things that we weren’t able to do in the Dark Souls series.” His idea of an open world is “a game with a large, open field to play in.” That’s probably the biggest detail thus far that’s different from Dark Souls, and I’d be curious to see what comes of it. I’d even be happy if it means I can pick a direction, run in a straight line, and eventually come across a boss to whale on.

Miyazaki also stated the game would have more variety than Dark Souls (I don’t know, though — still sounds pretty Dark Souls to me):

This title will include a wide variety of weapons, magic, and ways to engage enemies, that make it possible to provide users with a style of gameplay and strategy that suits them. Even when compared to the Dark Souls series, I believe this title will provide even more variety in the ways for players to overcome challenges and tweak their tactics when facing enemies.

As yet, it’s not exactly clear how much of the game‘s story Martin had a direct hand in. Miyazaki said Martin wrote the “overarching lore” that served as the basis for the game‘s story after From reached out to him (yeah, blame From if you don’t get that next Song of Ice and Fire book any time soon).

This all sounds promising, but I’m hoping we’re not just seeing the same kind of “dark fantasy” both of the named creators are famous for. We’ve already had three Dark Souls games. Don’t get me wrong: I love Soulsborkiro games (if From’s games aren’t called that post-Sekiro, they should be). But Bloodborne and Sekiro showed the company was capable of creating different kinds of atmosphere, and I’d like to see it continue that. And I like Martin’s output, but I’ll reserve any judgement on his ability to write video game lore until I play the final product.

Also, Miyazaki confirmed the game would be difficult, as all games by From are. So that’s something to look forward to.