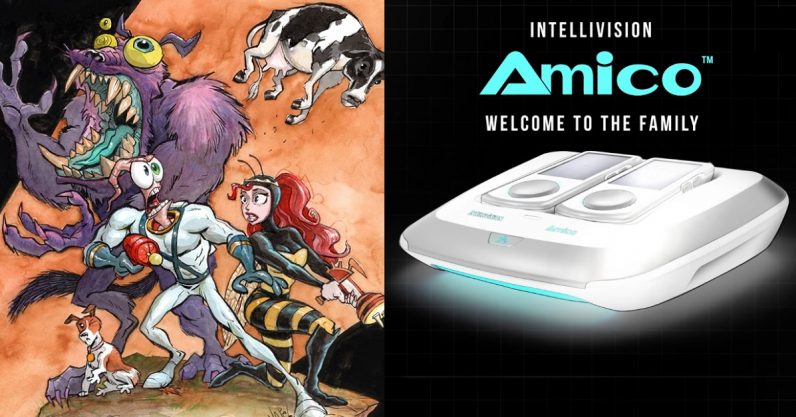 There’s a new Earthworm Jim game on the horizon — but you have to be willing to buy a whole new console to play it. The console in question is the upcoming Intellivision Amico, a retro plug-n-play that’s suddenly looking like a much hotter commodity now that it has a new game to show for itself.

It’s a crossover I’d not yet thought of, but but one that makes sense in retrospect: franchise-resurrecting sequels and remasters with retro consoles. It’s a pleasing combination of old and new that does more than just repackage old favorites on a cumbersome box that takes up one more slot in your TV’s inputs. Earthworm Jim 3 will also be exclusive to the Amico.

As I said when SEGA revealed the Genesis HD, we’ve not yet had a good example of a retro console other than Nintendo’s doing very well. The PS Classic had a host of other issues, but the C64 Mini’s problem seemed to be just… lack of anything noteworthy. It’s just not looking good for this trend, for all its merits as a part of the gaming lifecycle. Unless Nintendo comes out with that Game Boy Classic we heard rumors about, I can see retro consoles completely petering out.

But if you bundle a new game with the Intellivision Amico, you’re more likely to attract a larger group of potential buyers. At the very least, you’re expanding your niche from just “those who remember/are interested in the Intellivision” to “those who want to play another Earthworm Jim game.” Given that Earthworm Jim is a cult classic, I wouldn’t be surprised if it significantly boosts the sales of the Amico — heck, I might even consider getting one.

This also isn’t the only “modern” addition to the throwback console. According to Intellivision, the Amico will come with Bluetooth touchscreen controllers, an online store, and an achievement system. It’s not the first company to try marrying the old and the new this way: Atari is attempting something similar with the VCS, offering an online store and access to streaming services. But the Amico is the first so far with an exclusive game to show for it, and that might make all the difference.