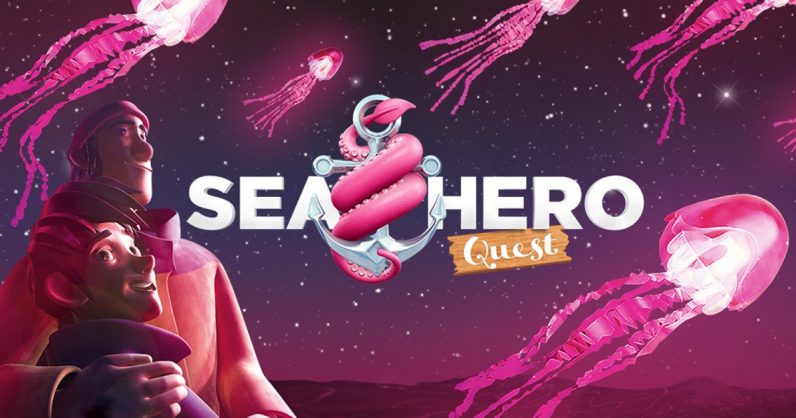 A virtual reality game and its app predecessor, intended to help detect early signs of Alzheimer’s, have accrued over 1,700 years’ worth of data in the two years it’s been on the market, according to its developers, thanks to its millions of players.

Sea Hero Quest was made by game studio Glitchers and Deutsche Telekom in partnership with University College London, the University of East Anglia, and Alzheimer’s Research UK. The game was designed to help early detection of Alzheimer’s in otherwise healthy individuals, and the VR version debuted on the market in 2017 — according to Glitchers, VR allows for the collection of more precise data. The game consists of a series of exploration puzzles, in which the player is given a map, then must navigate the world with the information they gleaned but not the map itself.

As the description of the game on the Play Store states, “One of the first symptoms of dementia is loss of navigational skill.” The findings, published in the PNAS, say, “Spatial navigation is emerging as a critical factor in identifying preclinical Alzheimer’s disease.” Professor Michael Hornberger, the lead researcher, stresses how early one could catch these diseases simply by identifying how someone moves around a room.

However, as they point out in the paper, it’s often difficult to study this early warning sign effectively. An at-risk person and a not-at-risk one are virtually indistinguishable with standard memory tests, and you must also take into account a person’s age, background, and gender. But the wealth of data accumulated by the app means the scientists have more access to players who fit certain criteria.

The researchers studied a demographic of people between the age of 50 and 75, taking a baseline score from 27,108 players, and compared them with lab-based results of players with a specific gene with those without it. Those with this gene, called APOE4, are three times more likely to get Alzheimer’s, and at a younger age, than those who don’t have it.

According to Prof. Hornberger, the results between the two lab groups was instructive: “We found that people with a high genetic risk, the APOE4 carriers, performed worse on spatial navigation tasks. They took less efficient routes to checkpoint goals. This is really important because these are people with no memory problems.” The non-carriers’ performance, meanwhile, was very similar to the baseline score.

With all this data, the researchers hope to be able to work out how to detect high-risk patients before they start showing the more severe symptoms of Alzheimer’s and dementia later in life.

Sea Hero Quest VR is currently available on the Play Store and the Oculus.