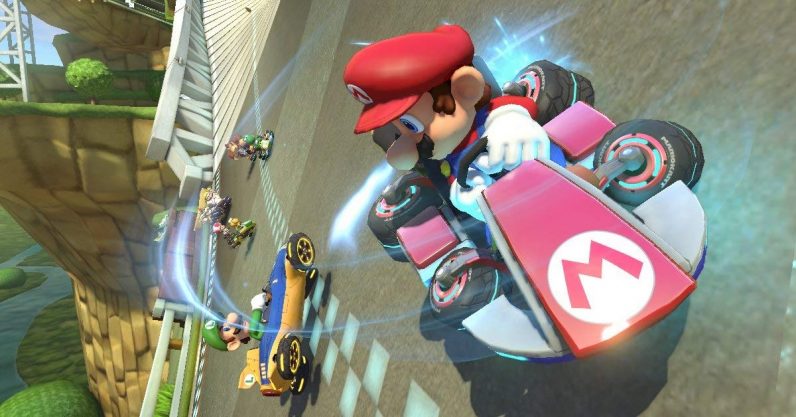 Nintendo is preparing to offer up its next mobile game, and rumor has it the company is hoping this one will be a gold mine. Given the franchise it’s from — and what Nintendo has done adapting its less well-known series — it probably will be.

A new report from Bloomberg, which focuses on the prospects of Nintendo in China after a rather lackluster stateside year, quotes an insider as saying the company is betting a lot on the upcoming smartphone app Mario Kart Tour. Analysts estimate it could be Nintendo‘s first “billion dollar app.”

Nintendo investing even more in the mobile space makes sense — while not all of their mobile games have been winners, they’ve all been at least solid games. And if it’s true the company’s looking to create an even greater success story, Mario Kart Tour is a good app to bet the farm on.

Nintendo‘s biggest success story in the mobile world thus far is Fire Emblem Heroes, which is estimated to have grossed around $500 million in the two years it’s been on the market. The game‘s infinite replayability and constant updates give it an edge on a more staid game like Super Mario Run, which has dropped off in popularity since it debuted in 2016. It’s an excellent example of how to keep a game fresh and fun in such a saturated market.

The critical difference between Heroes and the upcoming Mario Kart Tour, which could put the latter ahead, is that Fire Emblem is a more niche franchise. With the exception of the Smash Bros fighters, I’m willing to bet a lot of the people in the potential market won’t have heard of all of the game’s characters — and they comprise the backbone of the gameplay and microtransactions. And yet the app‘s still done land-office business, averaging about $21 million a month for most of its lifetime according to Sensor Tower.

Mario Kart, on the other hand, is far and away one of the company’s most recognizable games. A Mario Kart game is the top-selling first-party software release on Nintendo‘s three most recent consoles, including the Switch. It’s a fun party game, it’s got a recognizable face on the cover, and it doesn’t require a lot of expertise to win — accessibility is a great asset for a mobile game aimed at the widest possible audience to have.

So if you were to combine the design of Heroes with the name recognition of Mario Kart, you’d probably have a winner on your hands. The only ways I can see this screwing up would be if Nintendo were to make the base game static and boring (Super Mario Run), but they have a roadmap showing how not to do that (Heroes).

Mario Kart Tour is due to come out sometime in summer, having been delayed from its original March release. Android players can now sign up for the closed beta on the company’s website.

Read next: An entrepreneur’s guide to Sacramento's startup scene