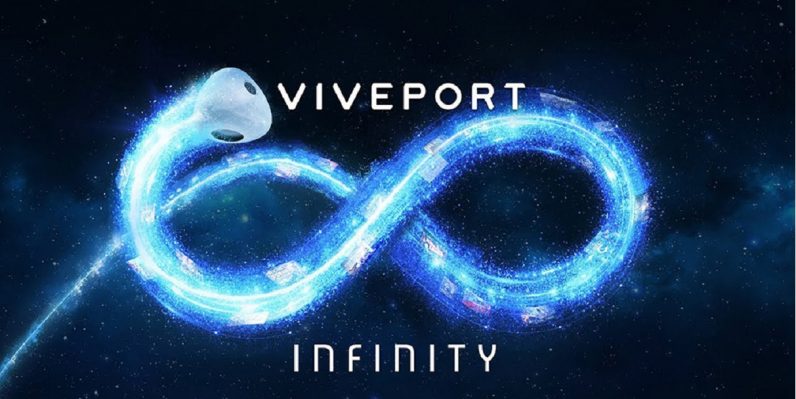 HTC unveiled its long-anticipated Viveport Infinity VR gaming service this week. It comes with a $13 monthly ($99 annually) fee and more than 600 titles you can play with unlimited access. The selection, price, and experience are all pretty good – but we’re hoping HTC is just getting started.

Viveport Infinity is a welcome addition to the VR scene. It’s the world’s first unlimited subscription service for VR experiences, and it comes with quite a few bells and whistles. If you have a Vive or Vive Pro, chances are you’re already familiar with Viveport, the default VR jump-off for Vive owners. Previously, Viveport featured a subscription service that let users check out up to five titles per month. It was just okay. The big drawback was that you couldn’t change your mind and play a different title if you didn’t like one of your five choices – you had to wait another month.

That’s no longer an issue for Infinity subscribers. The new service has totally unlimited access to all 600+ titles, and that’s far more content than anyone could possibly play in a month. Thankfully, it comes with a 14-day trial period, so it’s pretty easy to decide if plunking down the $99 for a year’s worth of Viveport Infinity is worth it or not.

And that’s a tough question to answer. If you’re thirsty for content to play with your dusty old headset (most platforms are supported, including Oculus Rift) then the subscription seems like a no-brainer. There’s always something interesting to check out – but VR content, by-and-large, can be pretty shabby. So, if you’re the type who only enjoys premium experiences like LA Noire: The VR Case Files or Gnog, you may not get as much bang for your buck as those of us who delight in finding hidden gems.

We’d like to see HTC invest in more premium content. There’s a handful of top-tier titles on Infinity, but we’d still like to see Arizona Sunshine or Job Simulator make their way to the platform.

Another area in which HTC could shore up its service is in quality control. It probably takes pretty loose guidelines to build up a library of 600 titles for a platform that’s only been around a few years (hats off to all the VR developers out there) but the unfortunate side-effect of such rapid expansion is that there’s a lot of crap out there. Some of the games and apps are broken on download, and others appear to be abandoned attempts at learning to create VR experiences. While this is far from the norm – most titles work just fine – it’s a bit frustrating.

On the plus side, HTC today unveiled its video streaming service, Viveport Video, is now included as an addition to Viveport Infinity. We haven’t had the opportunity to check it out yet, but we’re excited at the prospect of easy-to-find high quality 180 and 360-degree streaming video content for VR.

Our limited play-testing with Viveport Infinity has been glitch-free. The website appears to be running smoothly now – in the past it could be a bit slow. The interface isn’t anything special, but it’s intuitive and easy to navigate both on your desktop and in VR.

The bottom line is that Viveport, with it’s five-title limit, was just okay. But unlimited access to all the titles makes Infinity a sure bet for fun. The service is one or two killer titles (and some house-keeping to clear out duds) away from being a must-have subscription for everyone with a headset. HTC says it intends to add new titles regularly, so hopefully it won’t take long.

There’s no reason not to check it out if you’ve already got a headset. You can get a 14-day free trial right now at the Viveport website, and new Vive and Vive Pro headsets will come with at least a 2-month subscription.

Read next: The dark age of adventure games -- and the gems it produced