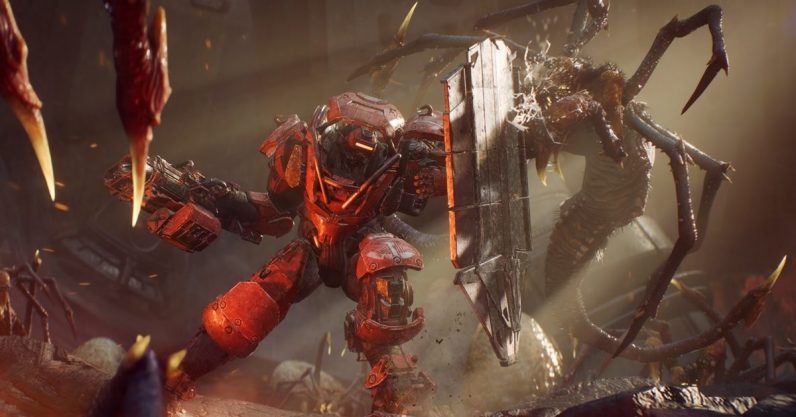 We recently discovered a new perpetrator of the dreaded “crunch culture” of video game development — the legendary Bioware. When Kotaku‘s Jason Schreier wrote an article about the struggles during development of Anthem, the studio lashed out, before privately admitting that maybe it does have problems. The whole account is almost a microcosm of the problems with believing in the value of crunch, and why it just doesn’t work.

The article, titled “How BioWare’s Anthem Went Wrong,” cited numerous Bioware employees who reported health problems as a result of the rough schedule needed in the months pre-launch to get Anthem out the door. Some staff members broke down under stress or straight-up never returned after a doctor-mandated health leave. There were other problems with the team that led to that point, including the need to stick with the difficult Frostbite game engine, but the human cost of the project appears to be measured in how many people flamed out before the game hit the shelves. The picture Schreier paints ain’t a pretty one.

Bioware issued a statement responding to Schreier’s article, and very pointedly did not address the consequences of its crunch. Instead, they wrapped with a rather bizarre invective against articles “tearing down one another, or one another’s work,” adding, “We don’t believe articles that do that are making our industry and craft better.”

Personally, I don’t think Schreier’s article did that at all. Not only did it answer a question gamers had been asking for months — namely, “What the fuck happened to Anthem?” — but it also spotlighted a major reason why crunch culture just doesn’t work: Anthem was lambasted as soon as it hit the ground for the many, many problems caused by rushing it out the door.

These phrases in their response are the most informative: “Making games, especially new IP, will always be one of the hardest entertainment challenges… The creative process is often difficult. The struggles and challenges of making video games are very real.” Lionizing crunch as just part of the success story is as old as crunch itself: recall the time the official Twitter of Ryse: Son of Rome said, “By the time Ryse ships for Xbox One, we will have served the crunching team more than 11,500 dinners throughout development.”

If you go into a job thinking of it as such a brutal challenge, then of course you’re going to feel like your burnout and stress are somehow justified — and that you overdoing it is just the price one pays for a great game. Often, when we discuss crunch culture, the games allegedly produced by it are good, successful ones: Grand Theft Auto V, Telltale’s recent works, Skyrim. But Anthem is a good example of how grinding a whole team of people into overstressed powder doesn’t, in and of itself, guarantee success.

Bioware General Manager Casey Hudson later said in an internal memo, published by Kotaku, that the company did have its issues: “The article… draws a link between those issues and the quality of our workplace and the well-being of our staff. These problems are real and it’s our top priority to continue working to solve them.”

It’s a hard thing to hear, because so many of us grew up with Bioware — I’m willing to bet a good portion of readers cut their teeth on Knights of the Old Republic, or Mass Effect, or Baldur’s Gate. When you love what a company produces, it’s very easy to believe it must be a lovely place to work — and, at least for the Anthem team, Schreier’s article would lead one to believe that definitely wasn’t the case.

Bioware also pledged, in its original statement, to keep working on Anthem — hopefully at a reasonable, healthy pace.

Read next: What the fax?