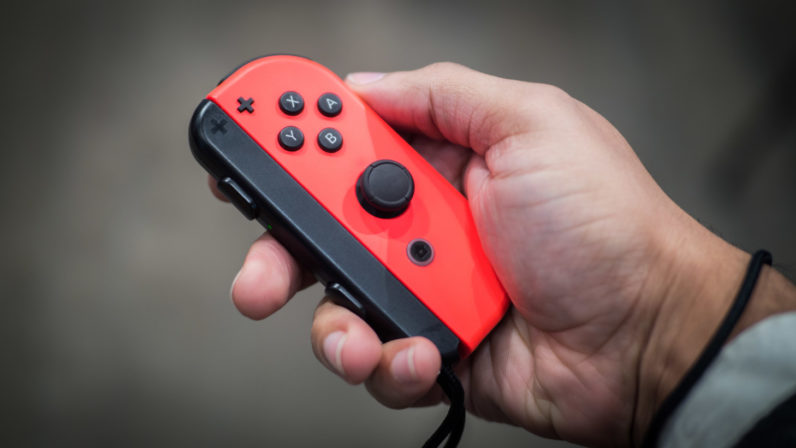 Google is apparently working to improve native support for Nintendo‘s Switch controllers within Chrome. Could this be a sign of things to come for Project Stream?

A recently discovered commit in Google‘s Chromium Gerrit page proposes to “improve support for Nintendo Switch gamepads.” First spotted by 9to5Google and Owen Williams, it would improve support for Switch Pro controllers (which are currently supported on Linux) and give support for Joy-Con, either through Bluetooth or through a charging grip controller attached via USB. By itself, this would seem like a somewhat random addition, but it does bring to mind some interesting possibilities.

Google's adding Nintendo Switch controller support to Chrome… days ahead of its game streaming service being unveiled. This is gonna be good. 👀 pic.twitter.com/MmgWdNmjov

Google is expected to reveal something game-related at this years Game Developers Conference — it’s all but screamed that fact with constant teases and a recently-uncovered patent for a game controller. It’s most likely to be something related to Project Stream, the in-browser game streaming service it revealed last year. In case you missed it, Project Stream is a service that allows you to stream AAA games to your Chrome window. The company offered a trial in the closing months of 2018 that allowed gamers to play then-new Assassin’s Creed Odyssey in Chrome.

We heard a few days ago of a patent Google filed for its own game controller, which naturally raised speculation on whether this controller was specifically for Project Stream. If this is any indication, it seems like it’s not necessarily putting all the eggs in its own basket, as far as controllers go. One of the benefits of a cloud-streaming service like Project Stream is convenience — and what could be more convenient than being able grab whichever game controller you have at hand and use it to play? It’d be a trip using a Joy-Con to play the likes of Assassin’s Creed or Red Dead Redemption 2.

Of course, there’s a less likely but more exciting proposition: that Nintendo games might become part of Project Stream’s library. Imagine being able to play Mario Kart or Smash Bros in your Chrome browser? Like I said, not likely — Nintendo is not exactly the type to allow its games to be played just anywhere. But a gamer can certainly dream.

Read next: Teens are using Google Docs as a sneaky messaging app right under their parents' (and teachers') noses