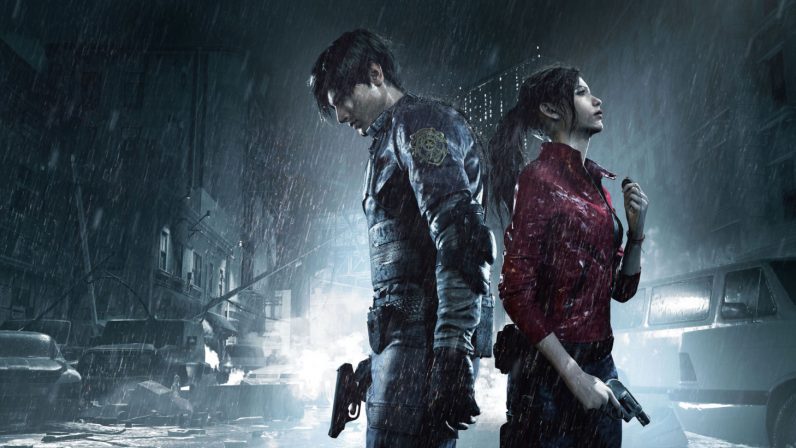 Want to feel old? Consider the fact that Resident Evil 2 is now officially old enough to legally drink and vote in the US.

With nearly 5 million copies sold on the original PlayStation, RE2 is the series’ best-selling installment on a single platform, yet somehow it never got a proper remake. Capcom is fixing that this Friday, with the release of the aptly titled Resident Evil 2, for PC, PS4, and Xbox One.

I’ve got an ugly confession to make: I’ve never finished the original Resident Evil 2. I grew up without a PlayStation and at some point I just decided the whole series wasn’t for me. Looking back now, after playing through the upcoming RE2 remake and some of the other installments in this wonderful series, I can safely say that I made a huge mistake. It turns out that Resident Evil is totally my jam and I’ve got a lot of catching up to do.

This is to say that you shouldn’t read this expecting an extensive comparison of every single thing that’s changed in the Resident Evil 2 remake. Instead, stay with me for a fresh perspective of one of the best remakes in gaming history.

Resident Evil 2 takes place a couple of months after the events of the original Resident Evil. The zombie outbreak is in full swing and your goals are to figure out what the hell is going on, to find a cure and – most importantly – to survive.

To say there’s more to this story is a massive understatement. Resident Evil lore goes super deep and you can spend an ungodly amount of hours reading up on it, but fortunately Resident Evil 2 is perfectly enjoyable without all that baggage. Don’t worry about studying up before you dive in, you’ll get everything you need if you go in blank.

RE2 has two intertwining storylines. One tells the adventure of rookie cop Leon S. Kennedy, the other focuses on Claire Redfield, the sister of one of Resident Evil 1’s protagonists. Both characters are stranded in a zombie-infested Raccoon City, where they have to make their way through an overrun police station. As you solve puzzles and gain new tools you’ll unlock new areas and shortcuts, making you explore every single nook and cranny before you move on.

The first Resident Evil didn’t invent the survival horror genre, but it was the first game to be labelled as such, and two decades later the formula is still going strong. You’ll often find yourself low on healing items and ammo, thinking twice before firing off one of the three bullets you have left. Every item is finite and every decision you make has repercussions for the encounters that follow. You can tell Capcom has over two decades of experience with the genre, because RE2 is balanced so well that you are constantly on the edge of your seat, but never feel like you’re facing an impossible task.

Another balance Capcom managed to (mostly) nail is the balance between old and new. The remake faithfully pulls all the best things from the original game, while adding the stuff we’ve come to expect from modern video games.

The most obvious change from the original is the camera perspective. The 1998 game used fixed camera perspectives to compensate for the PlayStation’s limited graphical capabilities, while the remake uses the power of modern consoles to switch to an over-the-shoulder point of view. The game looks amazing and runs in a buttery smooth 60 frames per second (on the PlayStation 4 Pro and Xbox One X).

Other changes are more subtle, but just as welcome. You can now save your progress as often as you like without needing to scrounge for ink ribbons and you can combine different sorts of gunpowder to craft additional ammo. The environments are vastly expanded from the original, with a ton of new puzzles to tackle, providing even the most hardened Resident Evil 2 veteran with enough new challenges to overcome.

My only two gripes with the game both stem from it being a little too faithful to the original. The first is the game’s length. I managed to finish my original run in a little bit more than seven hours and I could’ve done it in six if I tried. Someone who’s more experienced with the series could easily do it in about five hours.

After you finish the first storyline you can go back and finish the other character’s arch and both protagonists have a slightly altered unlockable story to play through. Most of the subsequent playthrough takes place in the same environments, facing the same challenges. Just in a different order, with alternate cutscenes sprinkled in. There’s a ton of stuff to unlock (costumes, concept art, 3D models, etcetera), so you won’t be bored, it’s just that I enjoyed my first run so much that I didn’t want it to be over.

Another thing I didn’t care much for were the boss fights. The game’s combat is fine but it’s not its strong suit. Having a couple of tough-as-nails prolonged combat scenarios toward the game’s end left me frustrated. Fans of the original might have less of an an issue with these encounters, but I’m afraid the modern video game audience are not as keen to sit through them.

Minor gripes aside, I loved Resident Evil 2 to bits. The near-perfect blend of old school survival horror action with modern graphical fidelity was hard to put down and after playing it non-stop for a weekend I couldn’t stop thinking about it, and left me wanting more Resident Evil.

Hats off to Capcom, it’s clearly put a ton of effort into this remake. It could’ve gone the ‘easy’ route and made a more faithful reimagining like they did with Resident Evil 1’s remake, but Capcom put in the work and modernised every aspect, while keeping everything that made Resident Evil 2 such a classic in the first place. Catering to the hardcore fans of the original work, while appealing to the modern audience’s needs at the same time is an incredible feat and I encourage everyone to give this game a chance – even if it’s just to see what a modern remake should be.