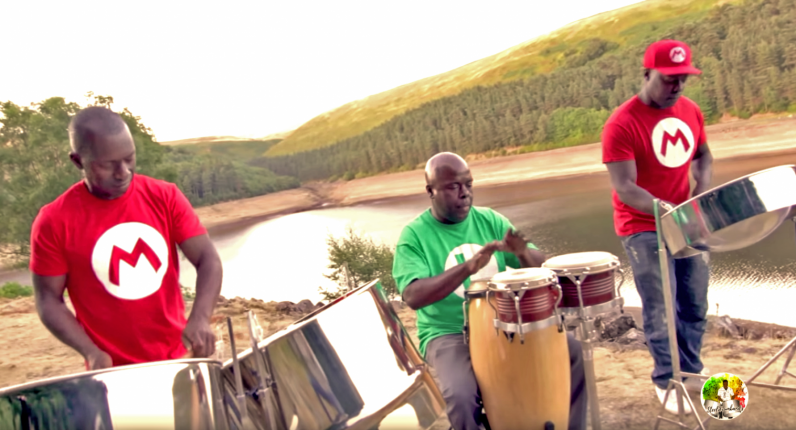 There’s a short list of YouTube videos I can’t get enough of: Tay Zonday singing “Chocolate Rain,” Dramatic Chipmunk, Sneezing Panda, Otters holding hands, or this skateboarding dog named Tillman. I obviously have questionable taste in content consumption, but I’d encourage you to stick with me anyway.

My latest obsession, thanks to Kotaku journalist Cameron Kunzelman, is this three-piece steel drum band, appropriately named “Steeldrumbbands,” that rocks out to some of our favorite video game theme songs of all time.

According to their website, the group is from around the UK and available for hire. They specialize in Caribbean-themed events, obviously, but are also available for weddings, or your next team building workshop. “Why not use our style of Caribbean music to help encourage your team to move with the same rhythm,” the group says. Who can argue with that?

Are you not entertained?

The YouTube page is chock-full of amazing adaptations from some of our favorite games, like Super Mario World, Tetris, The Legend of Zelda: A Link to the Past, and even live play-a-longs to Super Mario 3, as someone plays the game.

But if that’s not enough for you, there’s covers of your Disney favorites, like “Under the Sea,” from The Little Mermaid, or “The Lion Sleeps Tonight,” from The Lion King.