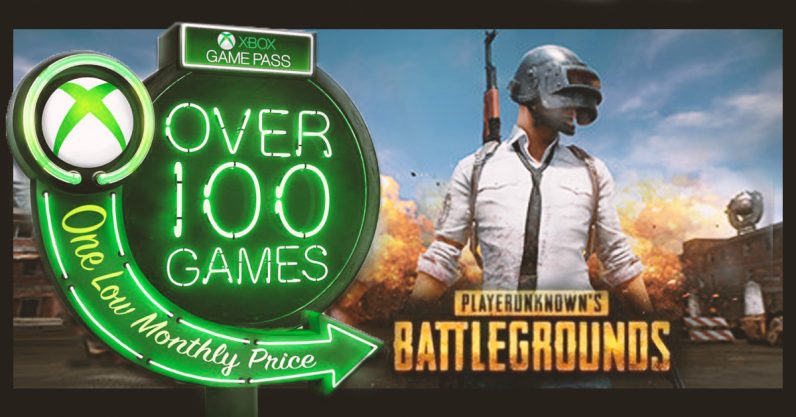 One of the originators of the Battle Royale gaming craze, PUBG is a fan-favorite. If you haven’t played it, you can try it out on Xbox Game Pass starting November 12. And if you don’t have a Game Pass subscription, you’ll be able to get your first month for just $1 if you sign up now.

Xbox Game Pass is a $9.99 a month subscription gaming service that allows users to download Xbox One and Xbox 360 titles from a library of more than 100 games.  Once downloaded, users have complete access to the title for as long as their subscription remains active. All first-party titles published by Microsoft Studios launch on the service simultaneously, making it a pretty enticing service for Xbox One owners.

Also announced for Xbox Game Pass: Crackdown 3. The open-world sandbox arrives worldwide on Xbox One and Windows 10 on February 15.