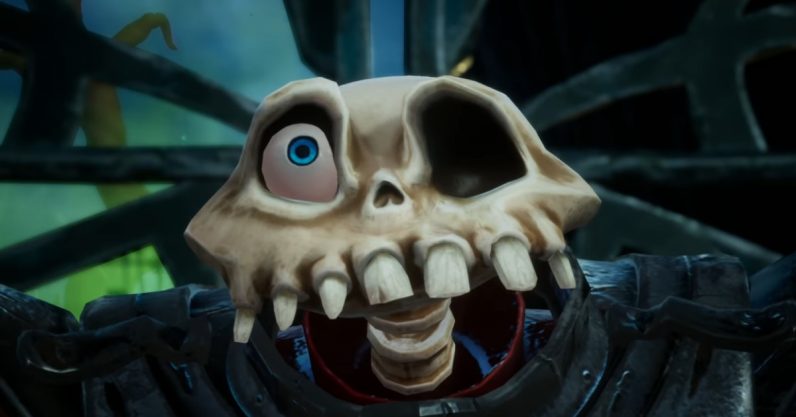 Sony today revealed the first trailer for the new MediEvil game, a full remake of the first game that arrived on the PlayStation 20 years ago. Bony protagonist Sir Dan reappears after nearly a decade of obscurity — and hopefully he’s the first of many of his fellows.

MediEvil is one of those franchises that is obviously a darling of its home company, even if it doesn’t exactly have a large portion of cultural awareness. Sir Daniel hasn’t headlined a game since 2005, but he did make an appearance on the Smash Bros-knockoff PlayStation All-Stars Battle Royale (the last two words meant something different at the time), which starred several of Sony‘s mascot characters.

Some of those characters haven’t fared so well in recent years. So if we’re getting a MediEvil remake, why not a few more of the All-Stars?

Sure, a few of the icons in question remain popular and visible staples of the gaming world — Kratos, Nathan Drake, and Heihachi Mishima have all appeared on current-gen consoles — but others have slipped off the radar. Nariko of Heavenly Sword, Parappa the Rapper, or even my guy Sly Cooper… none of them have had a big release in years, but as far as I’m concerned, they all deserve one.

MediEvil was one of the many games excluded from the PS One Classic retro console, and several of those similarly snubbed would probably also benefit from the remake treatment (Nariko and Sly Cooper weren’t on PS1, but my point still stands). So if Sony insists on sticking with just twenty games for its retro console, I’d be curious to see what other old soldiers they could yank from retirement.

MediEvil for PS4 is coming out sometime next year.