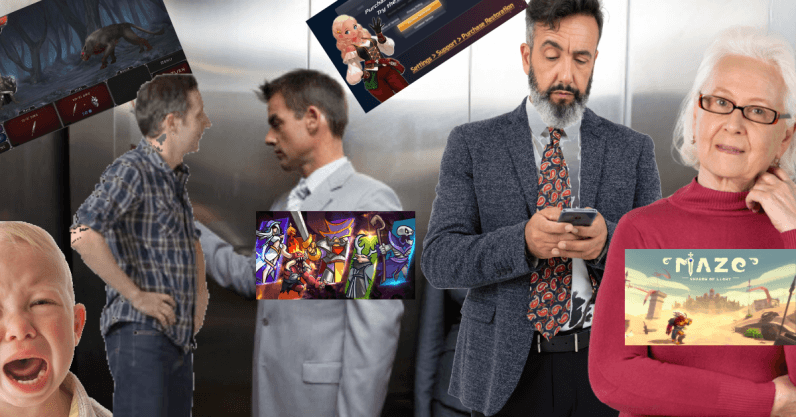 Tired of chatting about the weather, traffic, and the new tenant in apartment 54 on your elevator rides? We’ve got just what you need to kill the small talk: A handful of fresh new games for your phone! Here’s what’s hot this week.

This action RPG has a beautiful art style, and an interesting combat system that includes multiple skill combos and a system that lets you seamlessly switch between two characters at any time during a fight.

The story campaign missions quickly become very difficult – forcing you to grind older levels for better gear. Thankfully, there’s no lack of variety in the game: You can engage in PvP play against bots, real-time PvP, raids, and explore dungeons and mazes in addition to the campaign missions.

Get Maze: Shadow of Light on Google Play.

The character progression is interesting, the quests and overall gameplay are fairly challenging, and the turn-based combat allows for many different strategies depending on the opponent you’re facing. Oh, and did I mention the game has PvP battles too?

The graphics won’t impress most young mobile gamers, but the dark and gritty hand-drawn 2D style has a certain charm to it, and the varied gameplay makes this title one of the more engaging retro RPGs I’ve played lately.

Fist of Truth is a strategy card game with over 700 cards, 500 campaign levels, online multiplayer, and a unique gameplay system that should keep you busy for hours on end – probably longer than your usual elevator ride. that lets you sacrifice a card to get one extra mana for a single round.

With four cards in hand that each have an attack, defense, and manna cost, you’ll have to deploy a card to a 3×3 grid, and then start the round. Your cards will clash with your opponent’s, and attack anything in the opposing lane.

The cards are interesting and the combat is fun, but the rewards from quests and campaign levels are small – so be prepared to grind those 500 campaign levels to compete in PvP mode!

Get Fist of Truth on Google Play.