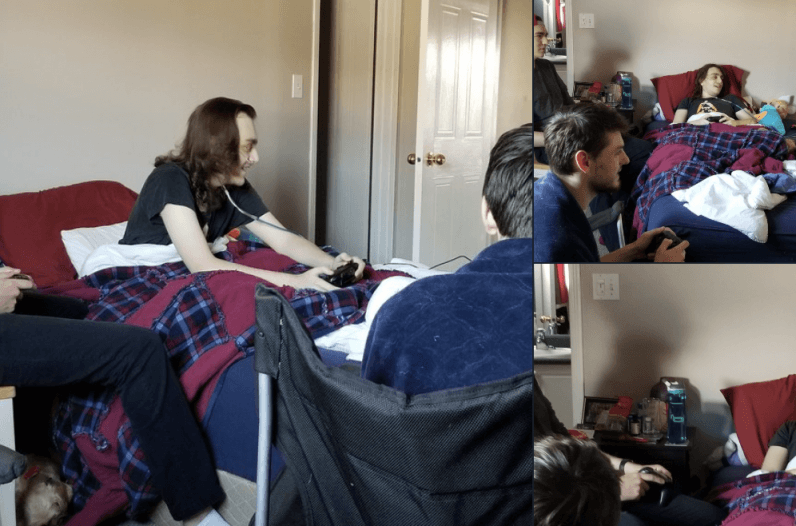 Like any Nintendo fan, Chris Taylor is stoked for Super Smash Bros. Ultimate. Chris, though, isn’t sure he’ll live long enough to see the game hit shelves on December 7.

Taylor was first diagnosed with osteosarcoma, a form of bone cancer, about three years ago. After an exhaustive fight, he decided to end treatment earlier this year.

“I am a little worried that smash’ll be out of reach for my lifespan though and that mega sucks if I’m being real with yall,” he said. “It’s kinda dumb to want a video game so much that I’d beg for it over my passing and would feel greedy and scummy because there are 3 games that fall into this category (Isaac: Repentance, DMC5, Smash) because I’d be holding my death over their hands.”

Nintendo got the message. Earlier today, the Smash Bros. fan shared images on Twitter featuring what we can only assume was the epic beatdown Taylor handed a small group of friends while playing the demo Nintendo unveiled at E3 earlier this year.

Some pics from me, local Benjamin, and Zach playing

Thanks so much guys, this means so much to me pic.twitter.com/raxPu7QJp9

Nintendo didn’t immediately respond to a request for comment. As for Taylor, we’re just going to leave him alone and let him enjoy Smash.

Read next: Understand the most popular game creation engine ever, then build working games for under $40