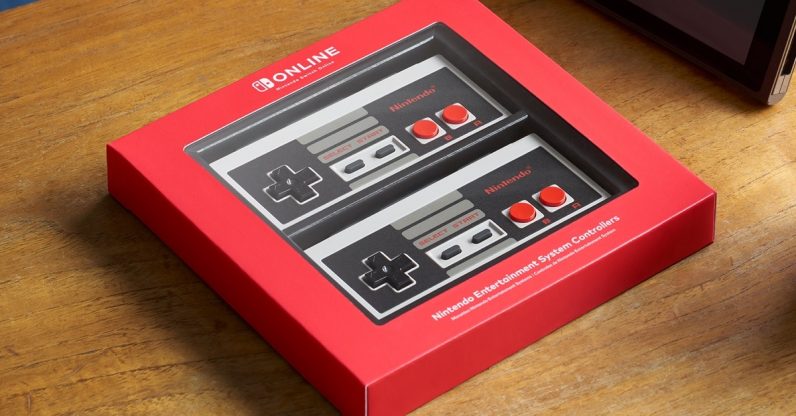 Nintendo had its delayed Direct last night, and revealed new details about its Online subscription. One of its more interesting announcements was a pair of add-on controllers for the Switch which look and feel exactly like the old Nintendo Entertainment System controllers — all the better to play the retro classics with.

For the most part, it wasn’t a terribly exciting Direct. It was, naturally, full of Smash Bros news — seriously, who saw Animal Crossing‘s long-suffering Isabelle joining the fray? — and older games being ported to the Switch. Hope you really wanted to play Final Fantasy VII on yet another device (though I suppose I wouldn’t blame you). There were teases of new games such as Daemon X Machina and Gamefreak’s new RPG Town. They look interesting, but I’m still pretty salty about the lack of Bayonetta or Metroid news.

But the company did finally expand on the lineup of classic NES games to be included in its Online subscription service which rolls out next week. Alongside old favorites like the Super Mario Bros games and Legend of Zelda, it’ll be offering some more obscure titles, such as Solomon’s Key. I might sign up myself just for a shot at playing the original Ninja Gaiden.

The NES controllers will be available exclusively to Switch Online subscribers. They’ll work just like regular Switch controllers, in that you recharge them by attaching them to the dock, but you’ll be able to play the old classics as they were meant to be played. And naturally, Japanese buyers will get the Famicom controllers instead.

Up to now, I’ve found Switch controllers to be a bit hit-or-miss. The basic red-and-blue or grey are nice enough, but I never cared for the Splatoon 2 pink and green. And the less said about the abominable tan-beige-brown-yellow color scheme soon to be released for the Pokemon: Let’s Go games, the better.

But the NES Controllers actually look like something I’d buy. They’re beautiful, nostalgic, and befit the purpose of playing NES games. Granted, they look slightly uncomfortable with their hard corners, but the regular Switch controllers make my fingers ache after 15 minutes of Snipperclips co-op, so why start complaining now?

Other details on the Switch Online subscription were decidedly less encouraging. For example, you’ll need to check in weekly to keep your subscription from lapsing, and, according to Eurogamer, your cloud saves will vanish if you are a day late in your payments. That, combined with voice chat being relegated to the phone app still, leaves the service looking rather tepid.

Honestly, the retro games were probably the least interesting part for me when I first read about the Switch subscription. But now that I see how many of them there will be, and I see how little else a Switch subscription offers, they’ve become the main attraction. And I do admit those controllers look pretty spiffy.

Two controllers will set you back $59.99. Of course, if you want this package deal, you’ll be waiting a little while — according to Nintendo, the controllers won’t ship out until December.

Read next: This robot used to be an art exhibit – now it's a webcam model