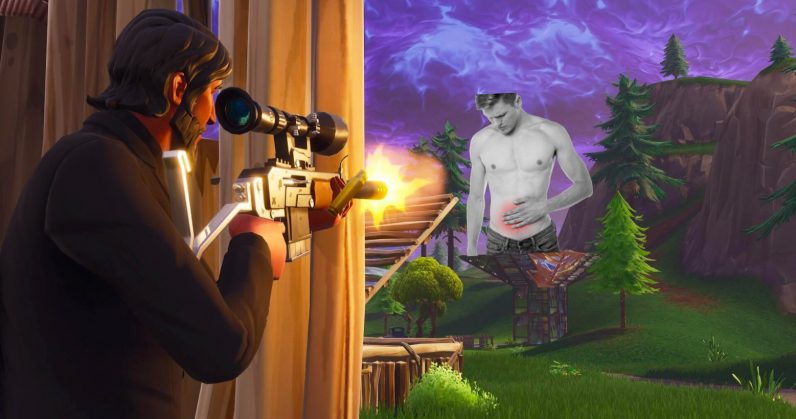 Are your friends constantly beating you at Fortnite, or have you just grown tired of racking up countless last-man-standing wins?

Not to worry, we’ve got just the thing: a roundup of new multiplayer mobile games launched this week to redeem yourself – or find yet another way to kick your friends’ butts in a video game.

Zombie Paradise – Mad Brains plays a bit like Battlelands Royale, which we featured earlier. It’s a casual top-down shooter with 1 vs 1, 2 vs 2, and Battle Royale game modes, with fun and quick matches that last between one and three minutes.

Your goal is to take out your opponents using a weapon, and two skills that change depending on your character and loadout. You can also wipe out wandering zombies to earn gold, which you can use to buy weapons, skins, and characters.

I could see this competing with Battlelands Royale, but the game is brand new and thus needs more players before it can take off. Still, it’s fun and doesn’t require you to spend much real money or grind to earn gold for new gear.

Reminiscent of the immensely popular BarbarQ, Munchkin.io is a new fantasy-styled “.io” game that sees you engage in an endless fight against 10 other players, as you collect orbs to level up, score  new upgrades, and grow ever stronger.

I enjoyed the wacky weapons, and the varied game modes, which include Battle Royale and an interesting Football mode. The only downside is that there aren’t enough players to fill the arena, so you’ll have to put up with some bots in your matches for the time being.

Get Munchkin.io on Google Play.

World of Prandis is the first mobile MMORPG in which I got completely and happily lost in its open world, because i was busy exploring, collecting herbs, and slaying enemies – and I loved every second of it!

There’s a lot to look forward to in this title: plenty of raids, player-to-player trading, an auction house, six classes, and three races. The excellent combat system made for the most exciting PvE battles I’ve had in any mobile MMORPG – nothing beats sniping enemies from afar with your bow, getting up close to stun them, and switching to daggers to complete a few swift attacks before returning to your bow to finish an elite monster off with a three-arrow combo attack (fire up the video above for an example).

A word of caution: The art style isn’t particularly inventive, and the dialogue text is poorly translated. That said, it’s still an incredibly fun and satisfying PvE MMORPG that’s worth a try if you enjoy the genre.

Get World of Prandis on Google Play.

Most Tower Defense (TD) games can feel a bit too familiar for those who’ve tried anything from the genre, but Gods TD presents a fresh take on it. You’ll take control of a powerful primary character  to carve a path for your enemies to tread. Once you’ve got that and your towers set up, you’ll need to prepare for waves of monsters of all sorts as they invade your territory. As the game progresses, you’ll need to extend the path and introduce more attack units, and also upgrade your towers so you can tackle the bosses at the end of each round.

In between campaign levels, you’ll be able to level up units, and spend in-game currency to power-up their weapons, which adds an interesting strategic layer to the game. There’s even a multiplayer mode where you can compete with friends to see who can defend themselves against endless waves of enemies the longest.

If you’re looking for a new TD experience with a voxel art style, this is worth a spin.

That’s all for this week, but be sure to tune in again next Friday for more sweet mobile games!