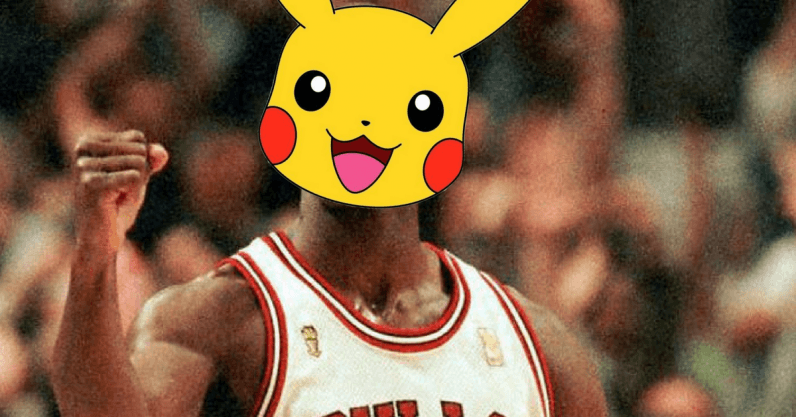 If you don’t like Pokémon then I’m so sorry for whatever happened to you. I, on the other hand, have enough exuberance left in me that I’m genuinely excited for the upcoming launch of the new Pokémon games, Let’s Go, Pikachu! and Let’s Go, Eevee!

And you know what? I was lucky enough to play the game at Gamescom ahead of its Nintendo Switch release on November 16.

Quiet yourself. For a generation of gamers, playing Pokémon Blue, Red, Yellow, Silver or Gold was a formative experience. In fact, it can be hard to remember just how huge the franchise was when it first came out – TV shows, movies, merchandise; it was everywhere.

After a few quieter (but still successful) years, the series catapulted back into the public’s imagination with Pokémon GO, an AR-enabled smartphone experience that has been download more than 800 million times.

Off the back of this and the unexpected triumph of the Switch (it sold 17.8 million units in a year), this an ideal time for Nintendo to update its famous franchise.

The company has been clever in returning to the “Kanto” region of the game. This is the area the original Blue and Red games took place, which means the vast majority of the pocket monsters will be recognisable to the layperson who hasn’t touched the series in years

This made trying out the demo of Let’s Go… very familiar. The mechanics are the same as previous games – you walk around the world, catch Pokémon, and fight trainers. The battles are still turn-based and are animated in a familiar way.

Graphics-wise, there’s an obvious improvement over other versions of the game, but it’s more of an expected step up due to the hardware, than a complete overhaul.

Well, one thing that I found interesting was that the method of catching Pokémon has changed. Previously, you’d have to beat up creatures you met on your travels before they’d submit to your will and you could force them into a ball.

Now? You simply stumble across a Pokémon (in Let’s Go… you can literally just see them walking in the grass), enter a separate screen, and fling the ball using the motion of either joy-con or the Poké Ball Plus.

Wait… the Poké Ball Plus?

Yep. You can play the entire game with this rubber-coated badboy:

When I got hold of one, it felt well-built – something I was thankful for as Nintendo hasn’t always had the best reputation with this.

The joystick on the device lets you move your character and also operates as the action button when you press down on it. There’s also another button on the top part of the Poké Ball Plus, which functions as a back or cancel option.

The clip you can see on the right hand side of the picture goes around your ring finger, meaning that when you make the physical motion to ‘throw’ the ball at a Pokémon, the device doesn’t fly off and smash your television into a trillion bits.

Nintendo has also announced that you can connect the Poké Ball Plus to Pokémon GO, but this integration wasn’t on show at Gamescom.

Reasonably comfortable. It didn’t sit in my hand as seamlessly as normal controller though, which does raise concerns about how good it’ll be in longer sessions. Plus, it’ll cost $50 by itself (it will be slightly cheaper if you buy it bundled with the game). So it’s far from cheap.

Still – and against my better judgement – I did thoroughly enjoy the novelty of playing the game and catching Pokémon with it. The question will be for how long that lasts.

Should I stump up my hard-earned cash for this?

I can’t say for sure until I’ve played some of the full game. But, on first impression, it looks like it could bring a lot of people back to the Pokémon stable.

Playing the game was like a blast from the past. And when you consider that Nintendo is working on a core version of the franchise for release in 2019, the Let’s Go… series seems like an attempt to rope in fans they might’ve lost along the way.

I, for one, am really fucking down for that.

You can pre-order Let’s Go, Eevee! and Let’s Go, Pikachu! now, both of which will be released on the November 16.

Read next: World Bank kicks off its $73M blockchain bond experiment next week