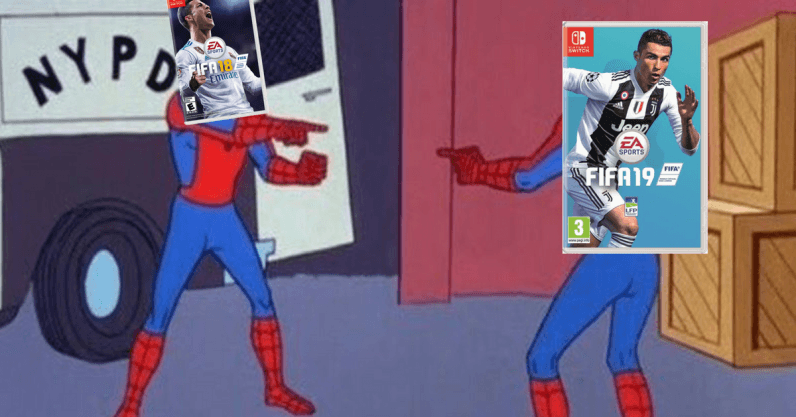 Unless you’ve been living under a non-internet-connected rock, you’ll have heard of the FIFA games. And, if you’ve heard of the series, you’ll probably be aware that FIFA 19 will be on its way soon.

The football series is one of the world’s most popular games – having sold over 150 million copies by 2016 – and, come the 28th September, the new title will be out. And we got to play it.

I’m not surprised with your reaction. Much like other annual sports titles (NBA 2K or Madden), you probably already know already if you’re going to buy FIFA 19 or not.

Well, obviously the players and transfers will all be updated. But apart from that there are 4 main things EA has done to shake up the gameplay.

Active Touch System: A remodelling of how the ball is received and struck.

Dynamic Tactics: There are now more options to customize tactics, both pre-game and during a match.

50/50 Battles: Contests over loose balls are more advanced and stat-driven.

Timed Finishing: When you double-tap the ‘shoot’ button you can have more control over the connection you make with the ball.

There are also some menu and game-style adjustments, but these will only be of interest to super fans.

How does FIFA 19 play then?

First off, I need to point out that I played the game for around half an hour, meaning some of the subtleties of the adjustments might be lost on me.

But, as you’d expect, the alterations were hardly radical.

The contact area around the ball in FIFA 19 did feel different than the previous game, but not by much. To be fair, there were a few moments were a player would stab a ball away or reach and gain possession in positions that didn’t occur before, but overall the change is rather light. A tweak, rather than an overhaul.

In regards to shooting, I could see the timed finishing feature becoming central to how I play the game, but found it slightly fiddly on my first try. This is to be expected though, as every time I’ve played a new iteration of the title, getting used to any shooting changes has taken some time.

What about the tactics?

The in-play tactics element where you can change attacking intent with the D-pad remains the same. Apart from that, there was nothing too radical with the implementation – it just allowed you more flexibility.

Similar to last time to be honest. EA did say that they had continued to improve the full body motion tracking they first introduced in FIFA 18, but the difference wasn’t that seismic to my eyes.

Still, I’d like to point out though that it continues to be a very good looking and smooth playing game.

Should I buy it?

I feel like you know the answer to that already. Despite the lack of obvious enhancements, FIFA 19 is still the best football game on the market by a country mile.

There is a logic behind this lack of sweeping changes. With such a loyal fan base and thriving competitive scene, any big changes could upset the balance of a game that’s already incredibly sophisticated.

And it’s fun. Playing it with my colleague Nino reminded me of why I enjoy the game. Apart from losing. That I didn’t like.

FIFA 19 isn’t going to bring in many new fans, but I doubt that’s what EA is aiming for – instead its giving people exactly what they want: a good football game.