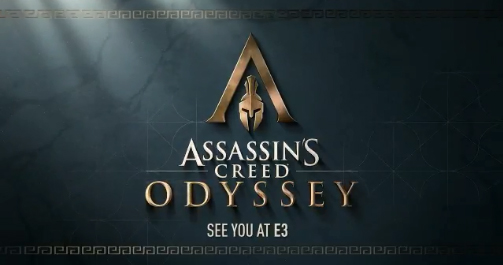 Ubisoft took to Twitter to tease the next instalment in its popular game franchise, Assassin’s Creed – and it looks like it’ll see players venture into ancient Greece.

That’s from the short clip in Ubisoft’s post announcing the new title Assassin’s Creed: Odyssey – it depicts what appears to be a Spartan warrior kicking an enemy off a cliff, 300-style.

See you at E3! pic.twitter.com/03NTPhCkCf

Between that, the visual cues in the announcement thumbnail, and a report from French outlet JeuxvideoLive, it’s almost certain that the next AC title will be set in Greece.

The franchise is known for its storytelling, based on historical events, and open-world third-person gameplay in beautifully detailed environments – so it’ll be a treat to see what Ubisoft comes up with by drawing inspiration from one of the greatest civilizations of ancient Europe.

Kotaku notes that, according to its sources, there are even more RPG elements than in Assassin’s Creed: Origins, like dialogue options. The title is also said to feature two new characters – a male and a female assassin – to choose from as the protagonist in your playthrough. It’s also likely that Odyssey will launch during Ubisoft’s fiscal 2019 period.

The publisher will reveal more details at the upcoming E3 expo that kicks off on June 12 in Los Angeles; stay tuned for our coverage to learn more about what’s in store.

Read next: Why 'billionaire' needs to be redefined, according to Jason Silva