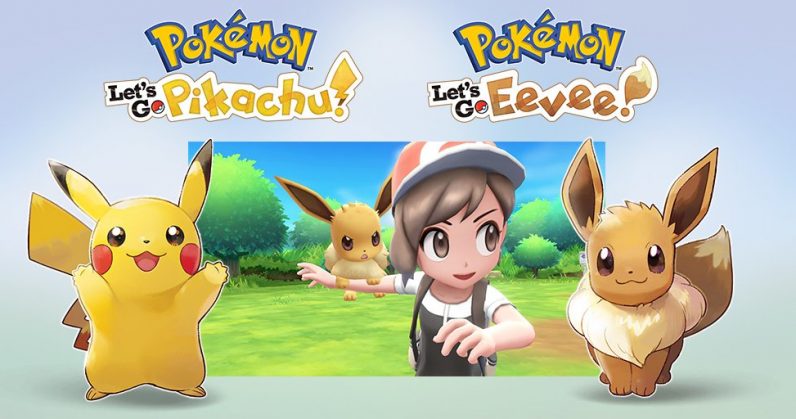 Nintendo Switch fans are in for a treat this November, as two new Pokémon titles are set to launch that month, with simplified controls and a mobile tie-in. A third game is on the cards as well.

Pokémon: Let’s Go, Pikachu! and Pokémon: Let’s Go, Eevee! are adventure RPGs that will see you take on the role of a trainer and befriend the starter monster of your choice, depending on the title you buy. We heard rumors about the games earlier this month, and it looks like those were right on the money.

You can play the entire game using just a single Joy-Con controller, and have a friend join in for co-op action with the other. The motion controller allows for catching monsters by mimicking the act of tossing a Poké Ball at them on screen.

These titles are based on the 1998 release Pokémon Yellow: Special Pikachu Edition, and are intended to be as accessible as possible to newcomers to the franchise. They play identically, but you’ll get a different starter monster, and encounter different species in each of them as you progress through the game.

From what we can tell, there’s a whole lot of Pokémon Go-style monster catching action in store, that will be familiar to players of the mobile AR game. Those folks will also be able to bring monsters they’ve caught with their phones over to their Switch games.

That’s not all: Nintendo will also launch the Poké Ball Plus, a controller designed for use with both titles. It’s like a basic version of the Joy-Con, but it’ll also light up and vibrate when you catch a monster with it – and you’ll even hear the Pokémon cry out from the device. Plus, it’ll work with select phones running Pokémon Go too.

Now, about that third game: The Verge notes that Japanese developer Game Freak also plans to launch a ‘core’ Pokémon game in 2019; that hints at an adventure title that will be more true to the franchise’s RPG beginnings.

Pokémon: Let’s Go, Pikachu! and Pokémon: Let’s Go, Eevee! will go on sale on November 16, along with the Poké Ball Plus. If you can’t wait until then, there’s also Pokémon Quest, a free-to-play RPG for the Switch that’s available from today and arriving on mobile next month.

Read next: I made my own Labo because Nintendo wouldn’t send me one